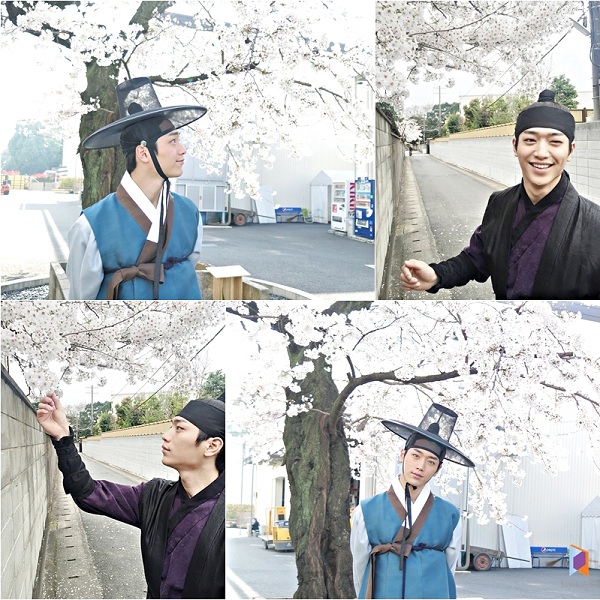 Seo Kang-joon, who took on the role as Hong Joo-won, who is the eldest son of Joseon's top noble family equipped with intellectual talent and sharp mind, revealed a photo of himself enjoying the season under the spring flowers.

In the revealed photo, Seo Kang-joon is taking a break under the cherry blossom trees while the production team of "Splendid Politics" is filming the show in Japan. His simple bright smile towards the camera lens is swoon-worthy.

His character, Hong Joo-won is a genius scholar, who does not hesitate to cast straightforward sarcastic comments to those high ranked subjects in the palace. He will appear from the 7th episode, as a grown-up Hong Joo-won, who will suffer between Gwanghae (Cha Seung-won) and Princess Jeongmyeong (Lee Yeon-hee), whom he is in love with.

"'Splendid Politics' actor Seo Kang-joon, the Joseon scholar enjoys spring flowers"
by HanCinema is licensed under a Creative Commons Attribution-Share Alike 3.0 Unported License.
Based on a work from this source