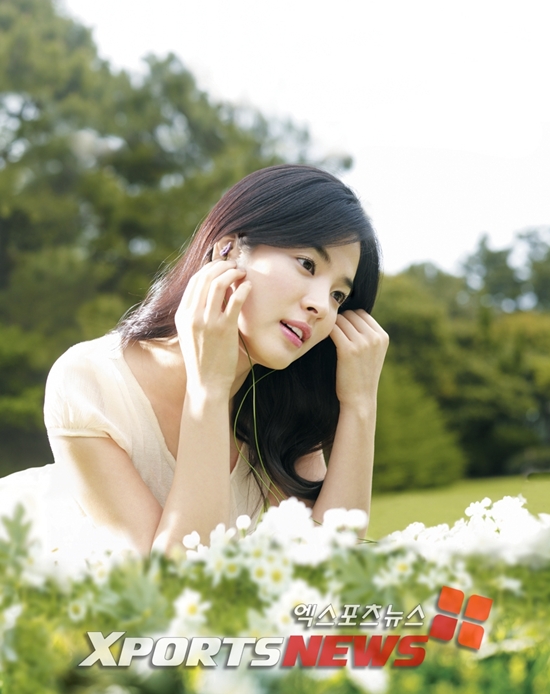 Hyun Bin and Song Hye-kyo managements revealed their official break up on the 8th.

However, Song Hye-kyo is concentrating hard on her movie shoot looking undisturbed by the news.

She is currently in the middle of shooting the movie "A Reason to Live" by Lee Jeong-hyang. This movie is being looked forward to as it is what Song Hye-kyo is concentrating her emotions on after the break up.

The movie "A Reason to Live" which was also known as "A Reason to Live" before, is about a female producer who goes through a psychological change after her lover dies in a hit and run accident. It is due in the second half of the year and the cast includes Song Chang-hee, Nam Ji-hyun, Ki Tae-young and more.

Director Lee Jeong-hyang is known as the director who can express detailed emotions through the movies "The Museum by the Zoo" and "The Way Home".

The two movies were what Shim Eun-ha and Yoo Seung-ho were acknowledged for as actors and the movies were also known for their cinematic qualities. Song Hye-kyo is also after movies that have more cinematic quality than commercial success like "Fetish" and "Camellia" so it builds higher expectations.

Meanwhile, Song Hye-kyo will not be taking a break after the movie and will continue with her next projects, keeping busy for the time being.

"'Split with Hyun Bin' Song Hye-kyo... how is she?"
by HanCinema is licensed under a Creative Commons Attribution-Share Alike 3.0 Unported License.
Based on a work from this source