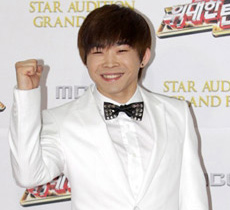 Baek Chung-kang, a 22-year-old ethnic Korean-Chinese man who won the MBC reality show "Star Audition", was appointed as a PR Ambassador for the 5th Korean Day on Oct. 5. This year's event will be held at the COEX mall in Samseong-dong, southern Seoul.

"Baek realized the 'Korean Dream' despite adversity and showed his beautiful spirit when he donated W50 million (US$1=W1,072) of his cash prize as well as other goods to people in need", the Overseas Koreans Foundation said.