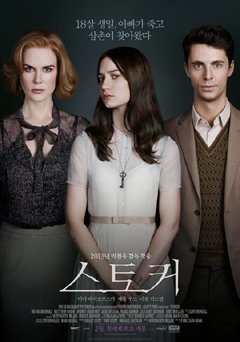 "Stoker", Park Chan-wook's Hollywood directorial debut, is enjoying growing popularity in the United States as the number of theaters screening the film increased to 94 as of last weekend, according to Box Office Mojo on Monday.

The movie opened in seven locations in its first week before increasing to 17 in the second week and 77 in the third.

It revolves around a girl who goes to live with her mother after her father dies on her 18th birthday and an uncle she never knew existed suddenly turns up.

"'Stoker' Moves to More Theaters"
by HanCinema is licensed under a Creative Commons Attribution-Share Alike 3.0 Unported License.
Based on a work from this source