'SUPERSTAR K' RETURNS TO AMERICA SEEKING OUT THE WORLD'S BEST SINGERS FOR $500,000 COMPETITION 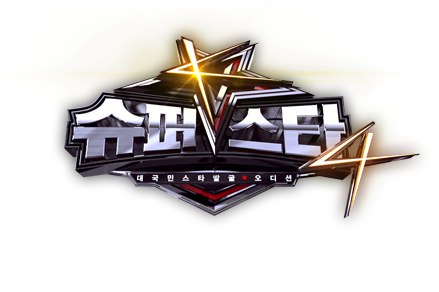 NEW YORK – May 30, 2012 – Mnet (www.mnetamerica.com), the first and leading national, 24/7 English-language television network in the U.S. for all things Asian cool, has announced the ultra popular singing competition show, SUPERSTAR K (SSK)will again hold auditions in America for their upcoming fourth season. The show will scour the earth for the best talent to bring back to Korea to compete for the chance to win 500,000,000 Korean Won or approximately 500,000 US Dollars along with an opportunity to perform at the Mnet Asian Music Awards and many more prizes. The Los Angeles audition will be held at the Hollywood Musicians Concert Hall (6752 Hollywood Blvd) on June 9. In New York, the audition will be at the Manhattan Best Buy Theater (1515 Broadway, West 44th Street) on June 10. The competition is open to both solo and group acts. If applicants cannot make it to either of these dates, applications will also be accepted online through the Superstar K website.

Superstar K is a television phenomenon that has not only captivated audiences across Asia, but is also the most watched cable show in Korean history attracting millions of avid viewers each year.  SSK will air live for the very first time on Mnet America when the fourth season premieres this August, so U.S. audiences can root for their favorite contestants along with the rest of the world. During the past three seasons, SSK has discovered many new talented artists who have gone on to become k-pop superstars including American-born John Park formerly on American Idol (season 9), who was the runner-up for SSK season 2; Seo In-guk (winner of Season 1), Miss A Suzy, Jewelry Park Semi, Infinite Lee Ho-won, Huhgak (winner of Season 2), to name a few.  In addition, Andrew Nelson, a young American singer, made it into the round of the "Top 8" finalists during season two.

With these American auditions, Superstar K continues their mission to seek out more diversity by involving even more foreign contestants with a greater expansion of the regions for qualifying rounds this year.  In addition to more variety in the types of acts that are eligible to compete, the series will have a foreign staff team to help with any language and culture barriers as contestants advance. Those who pass the final round of the U.S. auditions will receive a round trip air ticket to 'Superweek' in Seoul, Korea. After 'Superweek', judges will pick the 'TOP 10' who will perform in live shows where winners are voted on by fans. SSK will be responsible for the cost of training, accommodations and meals for the 'TOP 10', or finalists, until they are eliminated. For more information about the competition, the auditions and the online application, please visit superstark.mnet.com.

Mnet (www.mnetamerica.com) is a youth entertainment brand for all things Asian cool. It uses video, digital, experiential and social media to reach Millennials with lifestyle content inspired by Asian pop culture and entertainment. This includes the first and leading 24/7 English-language television network in the U.S. targeting fans of K-pop music, anime and other genres of entertainment growing in popularity throughout Asia and around the world. An advertiser-supported network – distributed in over 30 DMAs through Comcast Cable, Time Warner cable, FIOS TV, Cox cable, Charter Communications and via TV Everywhere – Mnet is the first U.S. television property of CJ Entertainment & Media Group, Asia's leading vertically-integrated entertainment company and a unit of CJ Corporation. Mnet is headquartered in Los Angeles, can be found onhttp://www.facebook.com/MnetUSA and on Twitter @MnetLA.

"'SUPERSTAR K' RETURNS TO AMERICA SEEKING OUT THE WORLD'S BEST SINGERS FOR $500,000 COMPETITION"
by HanCinema is licensed under a Creative Commons Attribution-Share Alike 3.0 Unported License.
Based on a work from this source