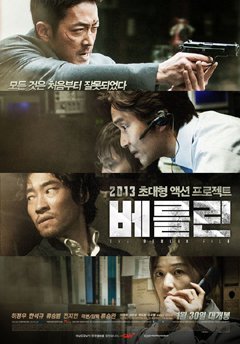 Spy film "The Berlin File", directed by Ryoo Seung-wan, has so far attracted more than seven million viewers since its release on Jan. 30, a first for a domestic movie in the genre.

"The figure shows that the film was loved by all age groups and both genders despite earlier concerns about the complicated plot and narrative", said a spokesman at CJ Entertainment, the distributor of "The Berlin File".

"'The Berlin File' Becomes Korea's Top Action Movie"
by HanCinema is licensed under a Creative Commons Attribution-Share Alike 3.0 Unported License.
Based on a work from this source