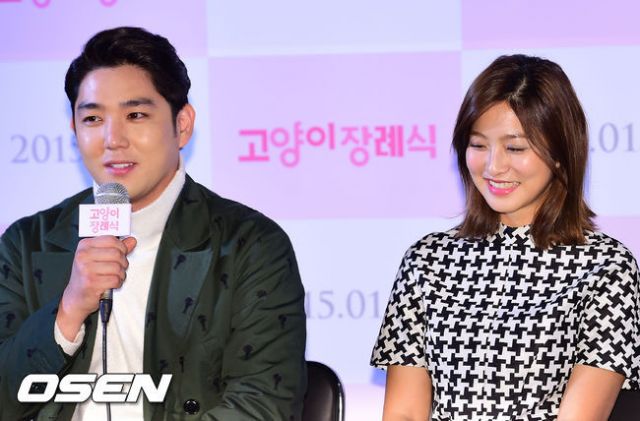 On January 7th, Kangin and Park Se-young attended the movie preview for 'The Cat Funeral', which took place at Apgujeong CGV.

During the event, Kangin said "Director and the production team helped me bring the good guy character to life. I came to this place today to see director, staff members and Park Se-young rather than to face the movie reviews".

He also mentioned about the female lead, Park Se-young, "There are a lot of affectionate touching scenes in the movie. I had to kiss her first before getting close to her first".

The audience laughed when he said "Since there were so many kissing scenes, we became close enough we felt natural taking a rest under one blanket during breaks later".

'The Cat Funeral' starring Kangin and Park Se-young depicts love and heartbreaking separation along with Yiruma's emotional music. The film will be released on January 15th.

Kangin played 'Dong-hoon, a musician who is awkward at expressing his feeling although he falls in love and aches because of it.