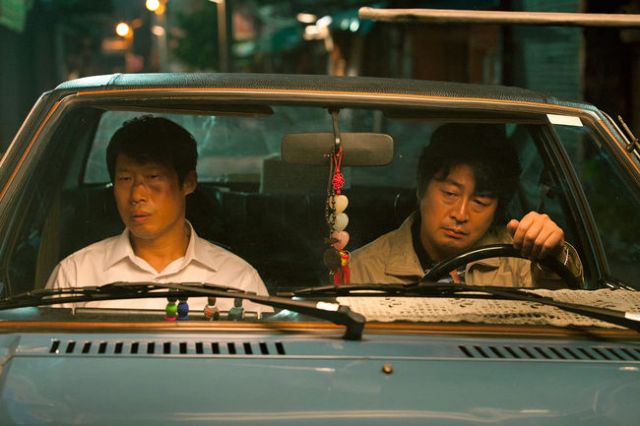 Movie "The Classified File" has remained at the top of box office for two days in a row as of now.

According to the electronic statics of movie tickets on June 24th, "The Classified File" ranked top at the box office by bringing the additional 137,204 people to 814 screens nationwide.

The accumulated number of viewers recorded 1,457,707. It is clear the number will surpass 1.5 million on June 24th.

'Jurassic World' ranked second at the box office by bringing 102,235 to 930 screens nationwide to record 3,632,210 for its accumulated number of viewers.

"The Classified File" is the first Korean movie to surpass one million viewers within the shortest time during the first half of this year as it has brought one million viewers on the fourth day from its release date. The record is the fastest among the most successful hit movies, during the first half of this year: two days earlier than 'Detective K: Secret of the Lost Island' and 'Chronicles of Evil', and one day earlier than 'Gangnam Blues' and "Twenty".

"'The Classified File' tops box office surpassing 1.5 million viewers"
by HanCinema is licensed under a Creative Commons Attribution-Share Alike 3.0 Unported License.
Based on a work from this source