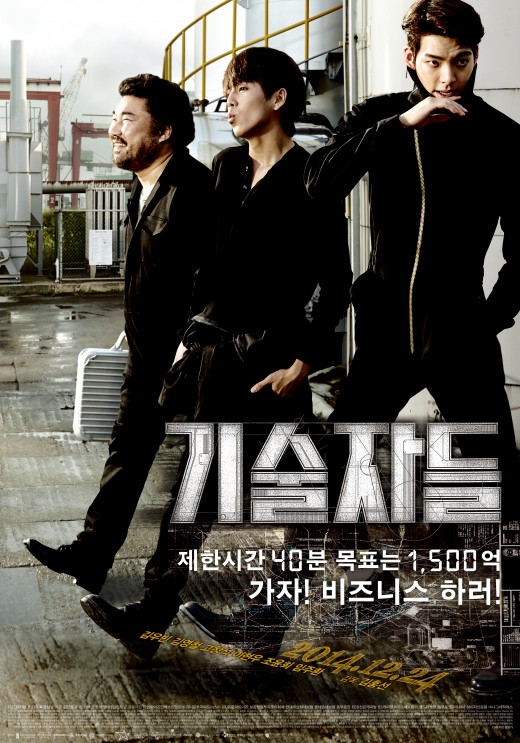 Movie "The Con Artists" is about to see its one millionth viewer.

According to box office results by Korean Film Council on December 26th, 'The Con Artist' garnered 422,703 viewers on December 25th with its 2nd place ranked at the box office. The accumulated viewers is 760,995.

'The Con Artist' is a caper movie that depicts an unprecedented business, composed of top class experts from each field, who join together to steal enormous amounts of black money hidden in the customhouse of Incheon International airport within a limited timeframe of 40 minutes.

With its lead actor, Kim Woo-bin, one of the most powerful actors today, 'The Con Artist' scored 270,000 viewers with its premier on December 24th, ranked 2nd at box office.

Whether or not it will jump to first place at the box office, competing amongst other prominent movies during the first week, 'The Con Artist'. is drawing public interest.