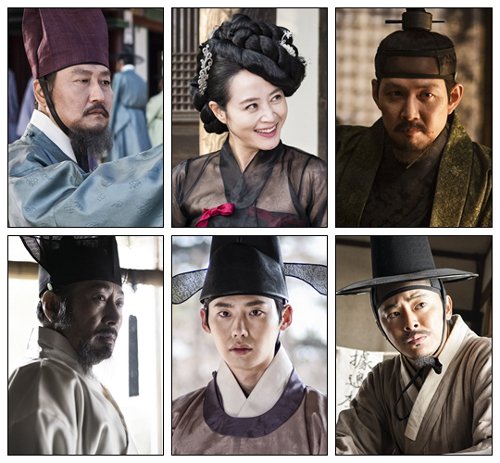 Director Han Jae-rim's "The Face Reader" is fast establishing itself as the nation's next box-office hit. The movie, which revolves around a power struggle in the Chosun Dynasty, attracted over six million viewers by Sunday, within just 12 days of its release.

Pundits say that part of its success can be attributed to its all-star cast, and part to the way in which it has grasped the changing trends of the market in terms of target viewers and themes.

It already ranks as the third-fastest Korean movie to attract this many viewers after "The Host" and "The Thieves", both of which subsequently went on to break the 10-million mark. The former sold 13.01 million tickets and the latter 12.98 million.

Since it was released, "The Face Reader" has accounted for 50 percent of all domestic box-office sales. On Friday alone, it was seen by over 900,000 people. This puts it just shy of the daily record of 910,000 for a Korean movie, which was set by "Secretly and Greatly" on June 6.

The movie features six A-listers, including both young and veteran actors. Song Kang-ho, Lee Jung-jae, Kim Hye-soo and Baek Yoon-sik all have proven hits behind them and established fan bases, while promising actors Jo Jung-suk and Lee Jong-suk will draw the interest of young viewers.

Although Song's titular role propels the plot, all six actors are granted similar screen time and equal importance in the film.

This kind of star-studded cast helps broaden the film's appeal to a wider audience, given the range of characters and the actors' varying ages.

Film booking site MaxMovie polled its customers before the Chuseok holiday to find out who they planned to watch the movie with, and some 63 percent of the respondents said they planned to make it a family affair.

Kim Hyung-ho at MaxMovie said, "While many people take their kids to the movies during the summer holidays, the demographic changes to adults accompanied by their parents for the big traditional holidays". As such, films that can be enjoyed with elderly parents soar in popularity over Chuseok.

"The Spy", a comedy made specifically for the holiday season, has emerged as the biggest rival to "The Face Reader" at the box office. But while it featured famous actors Moon So-ri and Sol Kyung-gu, the cast was not broad enough to engage teenagers or parents in their 60s.

No Hollywood productions have also been able to match the success of "The Face Reader" this year. "The Conjuring", a supernatural horror, "Monsters University", an animation, and "Superbad 2" have only had limited appeal to Korean audiences.

"'The Face Reader' Exploits Changing Trends to Race up Film Charts"
by HanCinema is licensed under a Creative Commons Attribution-Share Alike 3.0 Unported License.
Based on a work from this source