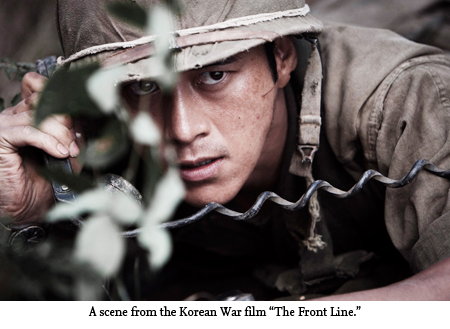 Jang Hoon, who directed the hit inter-Korean drama "Secret Reunion", has returned with another film involving the two Koreas.

"The Front Line" takes viewers back to the Korean War (1950-53), which is largely known as the Forgotten War, and looks into parts of the conflict that have slipped into oblivion. Jang teamed up with a seasoned scriptwriter Park Sang-yeon for the 10 billion-won project.

"Even Koreans remember only about six months of the Korean War", scriptwriter Park told reporters Tuesday in Seoul. "But the actual conflict went on for another 30 months. We wanted to tell the forgotten parts of the Forgotten War".

The film is set in July 1953, when the war is coming to an end through an armistice. A South Korean squad leader has been killed by a bullet shot not by the enemy, but by one of his men. Eun-pyo, a lieutenant played by Shin Ha-kyun, is appointed to look into the case.

While searching for an answer, Eun-pyo heads to the frontlines where he comes across his old friend Su-hyeok (Go Soo), who was thought to have died two years before. During the time they had not seen each other, Su-hyeok, who had been characterized by a small physique and weak stamina, has risen to the rank of lieutenant. 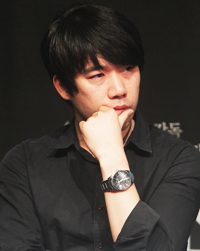 "When we were producing "JSA - Joint Security Area", (since its theme revolved around a heavy topic) I thought 10 years from now it would be a movie that people could view more easily", said Park. "Sadly, that hasn't been the case".

Though it has been over 60 years since the Korean War broke out, the event remains a sensitive issue for many. Making a movie that accurately portrays this sentiment while also capturing the difficulties that soldiers faced remains a challenge in itself, say filmmakers. 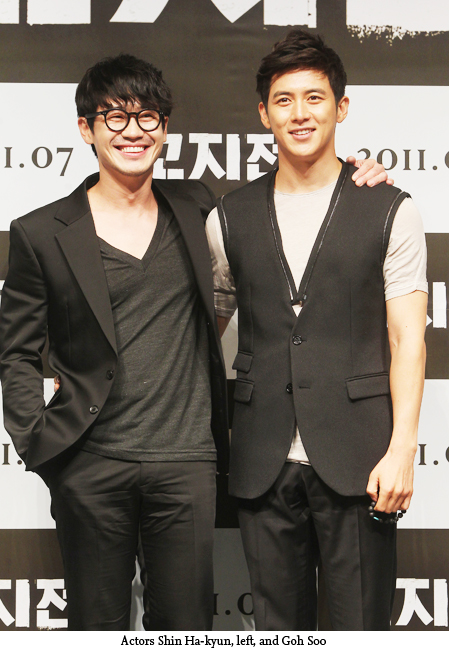 "The external situations didn't make it easy to shoot the movie", said Shin Ha-kyun. "But there was history to be told, and the bigger obstacle is how war movies deal with the topic of war".

Director Jang agreed. "I knew going in that this would be a challenge", he said.

"None of the people on set, including the cast and crew, had experienced an actual war. But war should always be dealt with delicately in films; this is a point I would like to get across to the audience. After all, my perceptions changed significantly while filming the movie".

Meanwhile, Jang, who made his directorial debut with a film penned and produced by Kim Ki-duk ("Rough Cut"), had been subject to controversy after the elder cineaste explicitly criticized him as "a betrayer" in the Cannes award-winning film "ARIRANG - Movie".

Regarding the matter, he said, "I hope director Kim can find consolation through 'ARIRANG - Movie'. He is a great teacher and I still respect him very much. I feel very sorry as a pupil of his".

"The Front Line" opens in theaters on July 21. Distributed by Showbox/Mediaplex.

"'The Front Line' spotlights the Forgotten War"
by HanCinema is licensed under a Creative Commons Attribution-Share Alike 3.0 Unported License.
Based on a work from this source