'The great historic drama producer' Lee Byeong-hoon to come back next year with "Dae Jang Geum 2"? 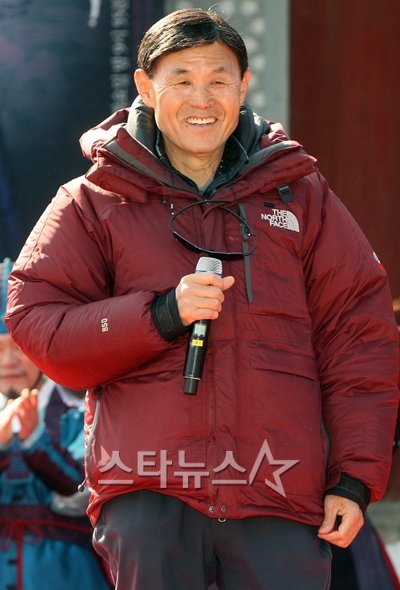 'Commander of historical dramas producer Lee Byeong-hoon is coming back next year.

According to several officials in MBC, producer Lee Byeong-hoon will be showing a new historical drama at the later half of next year.

Having hits like "Dae Jang Geum", "Heo Jun", "Sangdo", "Dong Yi" and many more, this is the first time in 2 years he's getting attention after "Dong Yi".

With no other details yet available, there is interest in whether he is pushing for the production of a second "Dae Jang Geum".

"Dae Jang Geum" starred by Lee Young-ae and Ji Jin-hee, it is one of the most represent able drams in Korea and was exported to more than 60 countries. While it was aired in 2003 ~ 2004, the viewing percentage jumped to over 41.6% and was greatly popular in Korea as well.

"Dae Jang Geum 2" is one of MBC's long–cherished ambitions. It was once mentioned above the surface in 2009 but it didn't work out. It isn't clear if Lee Byeong-hoon's amazing project of "Dae Jang Geum 2" will be able to be proceeded with. The symbol of "Dae Jang Geum", Lee Young-ae doesn't wish to star in this one and there are many obstacles to conquer.

Meanwhile, MBC officials said, "MBC wants "Dae Jang Geum 2" to be made but there are too many things in the way. It might not be possible. Lee Byeong-hoon's next project might not even have anything to do with "Dae Jang Geum" at all".

"'The great historic drama producer' Lee Byeong-hoon to come back next year with "Dae Jang Geum 2"?"
by HanCinema is licensed under a Creative Commons Attribution-Share Alike 3.0 Unported License.
Based on a work from this source