'The Merchant: Gaekju 2015' filming has begun, Jang Hyuk returns as a charismatic merchant 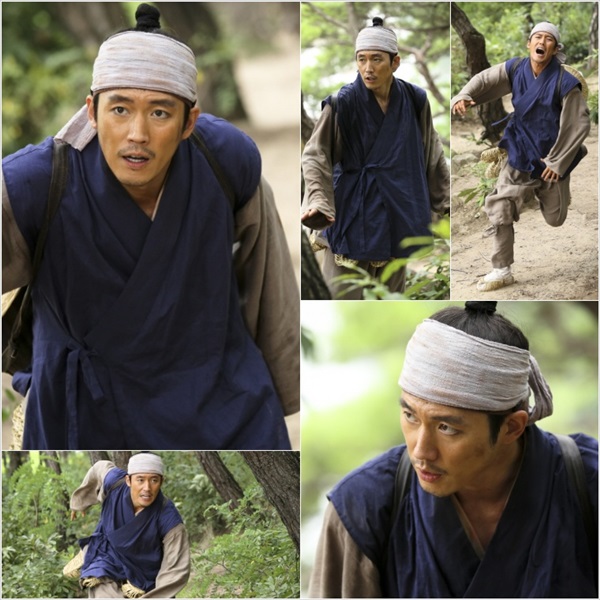 Actor Jang Hyuk is returning as god of trade.

KBS' new special project drama, "The Merchant: Gaekju 2015" begins on September 23rd, starring Jang Hyuk as Cheon Bong-sam, who started as a peddler to rebuild the ruined Cheon Family Inn and succeeded as the wealthiest merchant of Joseon while practicing respectful trading ethics.

Jang Hyuk transformed into the irresistible character, Cheon Bong-sam perfectly in the first filming. The revealed photos show his transformation into his character more than 100% from toe to head. His serious eyes and tense face are only part of the perfect transformation.

Jang Hyuk had to run endlessly for four hours under the scorching sun to create the best scenes. Once the light of camera was off, he again monitored his scenes and kept studying his script continuously.

The production team said, "Jang Hyuk in "The Merchant: Gaekju 2015" will show different sides from his usual image" and "We are sure that he will portray Cheon Bong-sam perfectly based on his robust acting abilities established through his previous movies and dramas".

"The Merchant: Gaekju 2015" is based on the history novel, 'The Inn' by Kim Joo-young-III, which was published in series on Seoul Newspaper from 1979 throughout 1,465 issues in total.