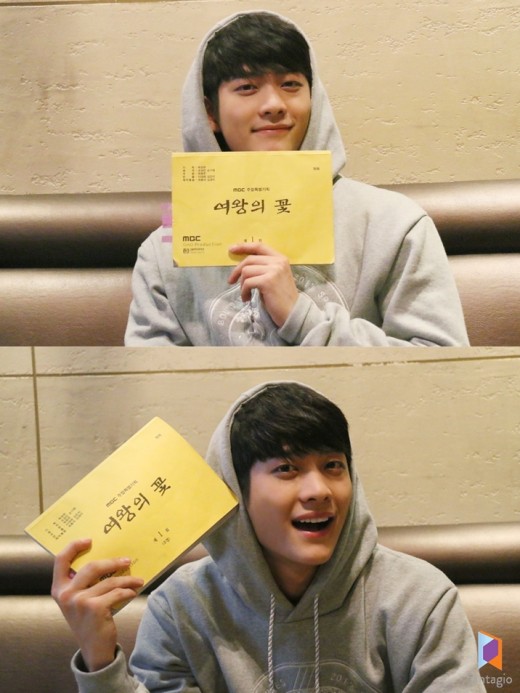 On March 14th, Kang Tae-oh posted his selfie on his Instagram along with a caption, "Finally the first episode of "The Queen's Flower" will be aired. At 10 o'clock tonight. Please keep an eye on it. The happy waiting time with my heart pumping".

In the photo, Kang Tae-oh is smiling brightly on the filming set of the drama holding the script of "The Queen's Flower".

Kang Tae-oh took on the role as Heo Dong-goo, who is in one-sided love with the main role, Kang I-sol (Lee Sung-kyung). Heo Dong-goo is a thoughtful and smiley son, who works several part time jobs including lunch box delivery and hospitality cleaning in order to pay back the debt that his father Heo Sam-sik (Jo Hyung-ki) owes. As a pure-hearted guy, his heart is always directed towards Kang I-sol only.

His innocent and happy smile in the photo matches the optimistic character, Heo Dong-goo, which raises level of expectation on his role in "The Queen's Flower".

Since he debuted through the drama 'See You After School – Drama' in September, 2013, Kang Tae-oh has shown great performances through KBS' entertainment show, 'Let's Go Dream Team! - Season 2'. He has appeared as the leading role, Joon-soo in Korea and Vietnam joint project, "Forever Young" recently, for which he received much love from Vietnamese fans.