'The Queen's Flower' begins smoothly with 17% 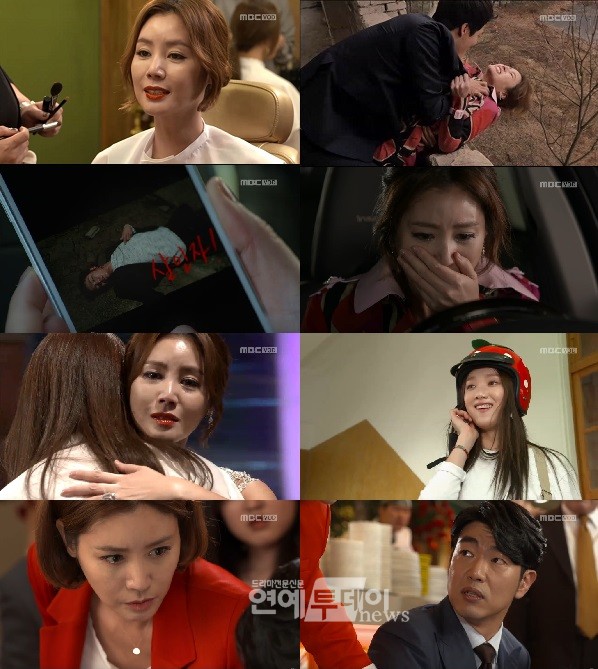 The first episode of "The Queen's Flower" rated 17%.

According to Nielsen Korea, the first episode of MBC's new weekend drama, "The Queen's Flower", which was aired on March 14th rated 17% nationwide being ranked first among the programs on same airtime.

The reviews say, thanks to the expectation level on the drama following after the completion of 'The Legendary Witch' of nationwide popularity, its fast forwarding plotline and the enthusiastic acting performances by all the actors, the drama made the successful start.

The first episode of "The Queen's Flower" featured the first encounter between each character and the title role actors and actresses.

Rena Jeong, who believes 'Success is the only happiness', is always afraid she might lose everything she could grab with great difficulty. While she was worried her past history may be uncovered by her orphanage friend Do-sin (Jo Han-chul), she accidentally pushed him off the top of a tall building while struggling with him.

Rena Jeong panicked when she received a bloody message, "Murderer" from Do-sin, while she was trying comfort herself that nobody had witnessed it. Consequently, Rena Jeong announced she would step down from her position and handed over her MC position to Kang I-sol (Lee Sung-kyung) on the stage where she was awarded the Korea Grand Award for MC.

And then the scene retreats back to the point a year ago from the moment. It showed Min-joon (Lee Jong-hyuk). Jae-joon (Yoon Park) and Hee-ra (Kim Mi-sook) while CEO of TNC group, Park Tae-soo (Jang Yong) having an interview with am financial newspaper.

The first episode also showed utterly optimistic and cheerful girl Kang I-sol (Lee Sung-kyung) who was studying in Taiwan. She also met Jae-joon as a substitute blind date on behalf of Seo Yoo-ra (Koh Woo-ri), whom she worked for as a helper.

Also the ending scene of the episode showed Rena Jeong, who approached TNC group on purpose, which raised curiosity as to how the story move forward in the next episode.