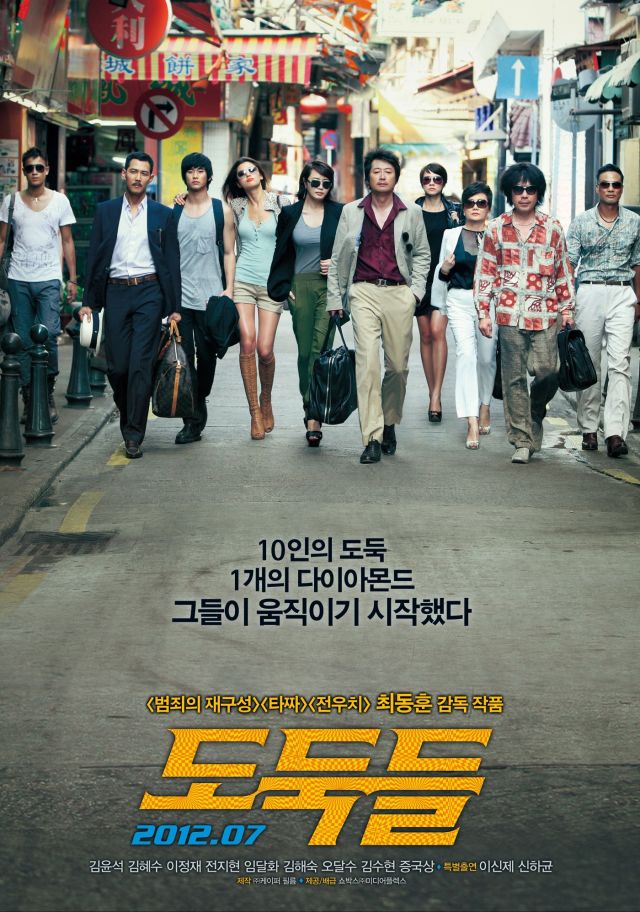 The Korean heist film "The Thieves" became the fourth best-selling Korean film of all time, beating "Haeundae", a disaster drama that opened three years ago, according to the latest official box office tally.

"The Thieves", featuring 10 Korean and Chinese thieves teaming up to steal a valuable diamond necklace at a Macao casino, had attracted about 11.5 million viewers as of Wednesday, the data from the Korean Film Council showed.

The movie passed the 11.4 million audience record for "Haeundae", pushing it down to the fifth spot on the list of the top 10 homegrown films that have hit the local box office.

Directed by Choi Dong-hoon, who is known for "Tazza: The High Rollers" and "The Big Swindle", and starring top actors and actresses Jun Ji-hyun, Kim Hye-soo, Kim Yun-seok and Lee Jung-jae, "The Thieves" opened on July 25 and is now being shown on 552 cinema screens across the country.

Meanwhile, the movie will be released throughout Asia in the coming months, according to its distributor.

The film will be shown in Hong Kong, Indonesia and Singapore next month and open up in theaters in Malaysia, Thailand and other Asian countries in October and November, Mediaplex Co. said on Tuesday. (Yonhap)

"'The Thieves' outperforms 'Haeundae' to become 4th best-selling movie at home"
by HanCinema is licensed under a Creative Commons Attribution-Share Alike 3.0 Unported License.
Based on a work from this source