'The Village: Achiara's Secret', you'll get perplexed as soon as Achiara's story begins 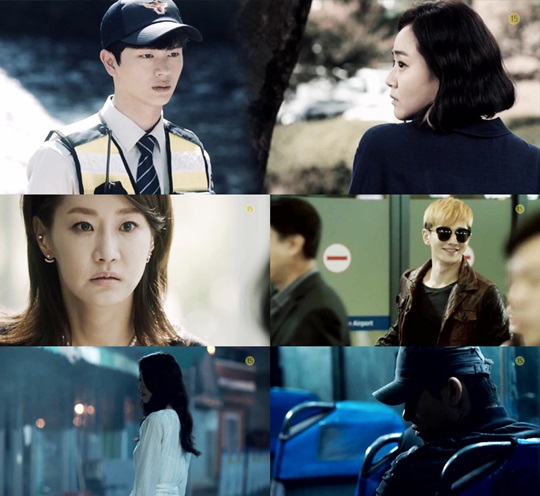 And then a chair is thrown out of a window with screaming sound in the background. Distressed scenes follow after the sound. A woman slips down on a mountain, a child is kidnapped and then Yook Sung-jae turns around as a woman shrieks in the rain. You can tell there is something unusual happening in Achiara by the blood-chilling atmosphere of the scenes.

The most eye-catching element of the trailer is the suspicious village people in the secretive village. Yoon Jisook (Shin Eun-kyung) looks perplexed as if she encountered someone unexpected. Park Woojae (Yook Sung-jae) turns his eyes away quickly while he looks quite startled by something. A man with blond hair and a woman in white clothes and an unknown man in a bus appear as well. Although there is no explanation about each character, the close-up shots of the actors and actresses with such vivid acting performances have amplified the curiosity in viewers about the village of Achiara.

Just as the way Han Soyoon (Moon Geun-young) said, "Achiara, I feel like as if someone had called me to this village", if someone from the village had asked her to come actually, what could be the reason?

What does Soyoon have to do with the remote village in Korea that she has never heard of before for the last 20 years? The mysterious village, the suspicious villagers and Soyoon and Woojae, who will dig up the secrets, are the primary reasons for the great anticipation on the drama.

An insider from SBS said, "The village people have been living in Achiara, a name as mysterious as the villagers, while hiding secrets together and alone. When a corpse is found, the peaceful status of the village crumbles down and how they have been hiding their inner personality is also revealed little by little" and "The trailer this time is just a beginning. As soon as the story of Achiara begins, more characters will appear in the drama, which will make the viewers perplexed. We'd like to ask our drama fans to stay tuned until the first episode airs".

"The Village: Achiara's Secret" begins on October 7th after "Yong Pal" has finished.

"'The Village: Achiara's Secret', you'll get perplexed as soon as Achiara's story begins"
by HanCinema is licensed under a Creative Commons Attribution-Share Alike 3.0 Unported License.
Based on a work from this source