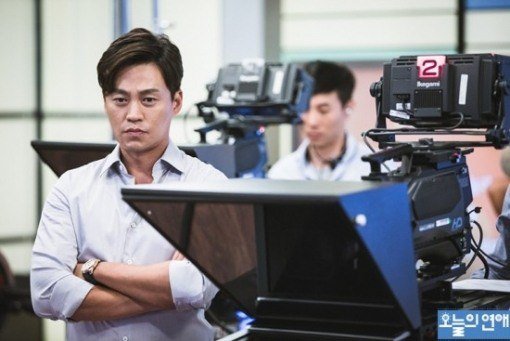 Lee Seo-jin will make a cameo appearance in "Today's Love" as a bad guy who stirs Moon Chae-won's heart.

Lee Seo-jin will play a role completely contrary to his friendly image he showed in the entertainment show, 'Three Meals a Day'.

He plays Dong-jin, a capable producer for newsroom, who is also a senior employee to Hyeon-woo (Moon Chae-won). Hyeon-woo is attracted to him, who owns a strong leadership and cool personality. He is a character who is not responsible for love while he flirts.

While the character is of a romantic villain who plays with Hyeon-woo's heart, Lee Seo-jin brings the character to life by expressing the details of the inner conflict between the reality and love.

Director Park Jin-pyo said "He is an actor with special energy. He perfectly brought the character to life beyond expectations showing charismatic and witty aspects all together".

Lee Seo-jin said "I decided to appear in the movie because I trust him and his film. It is a movie good for young couples as well as for the ones who would like to look back the time when they were dating".

"Today's Love" will be released on January 15th.

"'Today's Love' Lee Seo-jin makes cameo appearance as bad guy who stirs Moon Chae-won's heart "
by HanCinema is licensed under a Creative Commons Attribution-Share Alike 3.0 Unported License.
Based on a work from this source