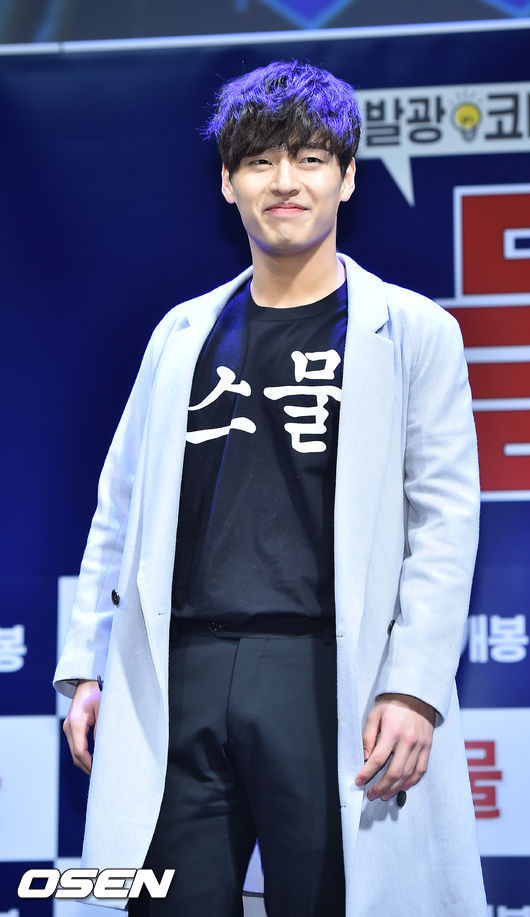 During the press conference for the film, "Twenty", which took place in Apgujeong CGV, Seoul on February 12th, Kang Ha-neul shared his thoughts about his ideal woman. He said, "I like a girl who loves her dreams".

He explained, "I like someone who loves her dreams more than her boyfriend. I like a cool girl".

Kang Ha-neul has presented an excellent acting performance as Kyeong-jae, who is only good at studying, in the film.

Movie "Twenty" is a brilliant comedy about the three friends at their twenty year old of age, who go through the most shameful moments of their lives together. It is scheduled to be released sometime in March.

"'Twenty' Kang Ha-neul, "My ideal woman? Girl who loves her dreams""
by HanCinema is licensed under a Creative Commons Attribution-Share Alike 3.0 Unported License.
Based on a work from this source