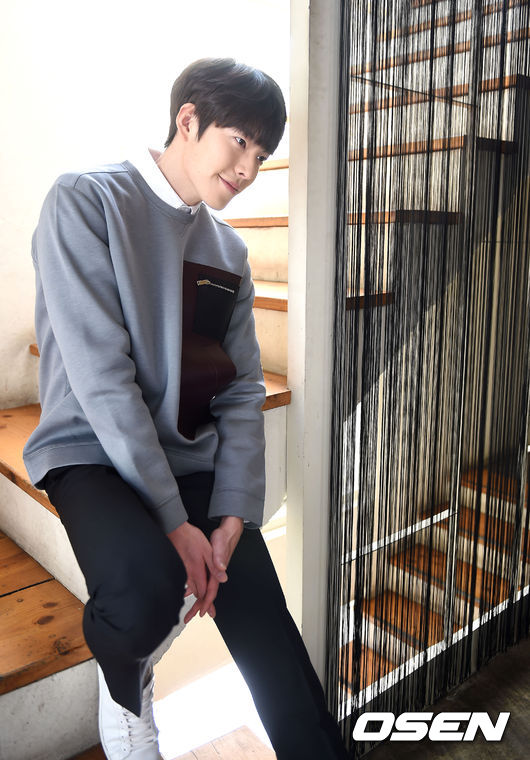 Actor Kim Woo-bin was quite surprised with the news about his close friend Lee Min-ho in relationship. The actors had co-starred in SBS drama "The Heirs", 2013.

During his interview with OSEN on March 23rd in a café in Jongro-gu, Seoul, Kim Woo-bin said "I had no idea" about Lee Min-ho and Bae Suzy in relationship. He also said, "I haven't seen the articles yet. Can I see it (through the interviewer's laptop computer)" and "I think I wouldn't be able to contact Min-ho hyeong for the time being".

Kim Woo-bin had admitted previously that he had split from model Yoo Gian in May last year. As he had already experienced officially dating relationship, he was very careful when he was asked about his future relationship. "When the time comes around, I'll take a good care of it then".

Movie "Twenty" is a struggling coming-of-age story of the three friends; the popular Chi-ho (Kim Woo-bin), the vital Dong-woo (Lee Junho) and the smart Kyeong-jae (Kang Ha-neul), who have just graduated from high school. "Twenty" will be released on March 25th.

"'Twenty' Kim Woo-bin in surprise says he had no idea about Lee Min-ho and Bae Suzy's relationship"
by HanCinema is licensed under a Creative Commons Attribution-Share Alike 3.0 Unported License.
Based on a work from this source