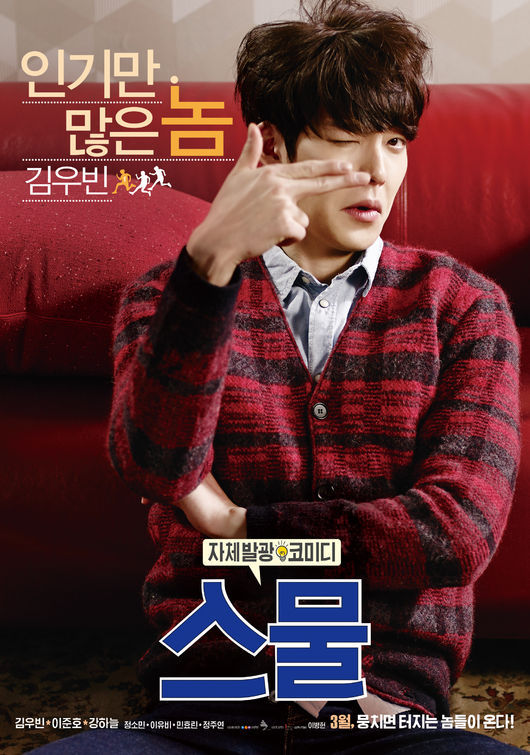 Korea Media Rating Board made the following decision on the movie, "Twenty" on February 16th.

The board said, "In terms of cinematic expressions on screen, the provocative parts include sexuality and nudity and the other parts such as violence, script and theme of the movie are of the socially acceptable level. Therefore youth over 15 years are allowed to watch the movie" and "However, it requires parental guidance and caution beforehand, because there could be some scenes parents would not want their children to watch".

"Twenty" is a coming of an age movie about three friends turning into twenty years old after high school graduation.

Kim Woo-bin took on the role as jobless Chi-ho, who is extremely attractive, however is not good at anything in reality, 'Lee Junho' took on the role as Dong-woo, who is waiting to retake a college entrance exam and is short of money all the time, and Kang Ha-neul plays Kyeong-jae, who is strict with self-management, however turns into a completely different person when drunken. "Twenty" will be released next month.

"'Twenty' starring Kim Woo-bin, Lee Junho and Kang Ha-neul rated 15"
by HanCinema is licensed under a Creative Commons Attribution-Share Alike 3.0 Unported License.
Based on a work from this source