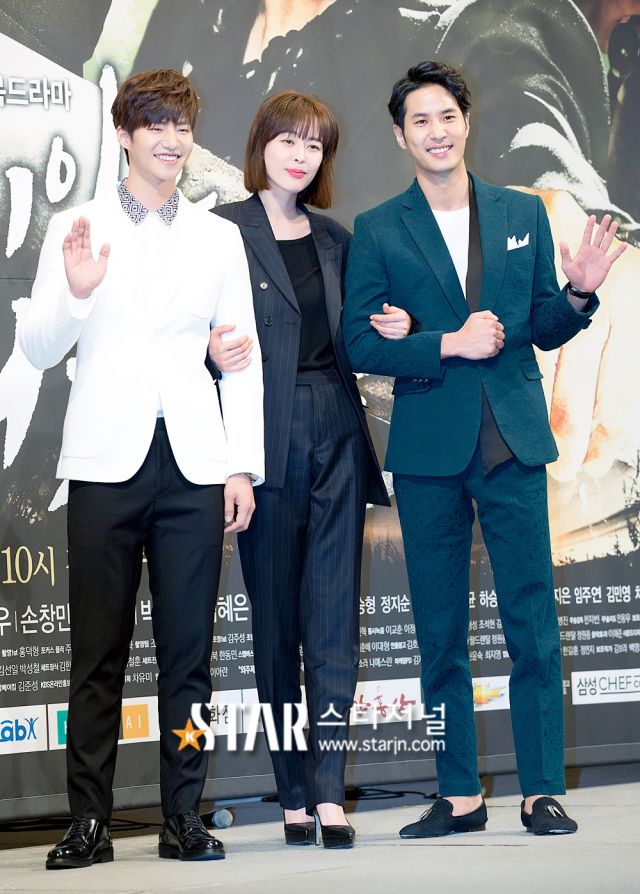 'Unkind Women' depicts stories of the women from the three generations including Kang Soon-ok (Kim Hye-ja), who has been living the single life as a cooking instructor after her husband left her, and her two daughters, Kim Hyeon-jeong (Do Ji-won) and Kim Hyun-sook (Chae Shi-ra) and her granddaughter, Jeong Ma-ri (Lee Ha-na).

Song Jae-rim also mentioned about gumdo, "It's my first time to be exposed to this sports. It has a lot of merits including the diet effect and mental training. You don't wear underwear traditionally, but I wear them all the time though", which made the crowd laugh.

"'Unkind Women' Song Jae-rim, Lee Ha-na and Kim Ji-suk in triangle relationship"
by HanCinema is licensed under a Creative Commons Attribution-Share Alike 3.0 Unported License.
Based on a work from this source