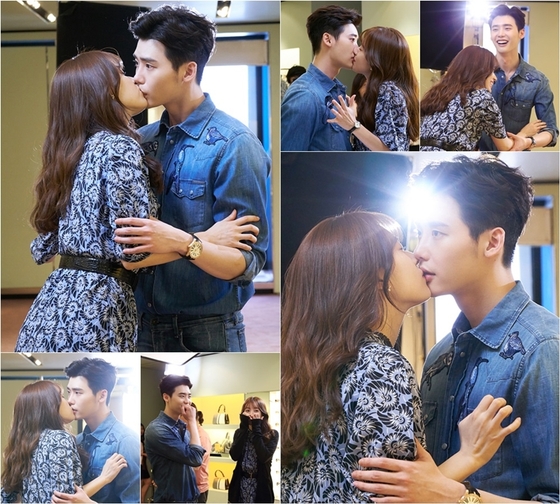 The kiss scene aired on the episode two on July 21st was created while Oh Yeon-joo, who was sucked into the web-toon world, was trying to do a shocking action so that the action forces the web-toon to come to an end.

When she visited a clothing store and she was trying on clothes in a changing room, she thought about how to get out of Kang Cheol's world. When she realized she would need to do something exceptional that would mimic the shocking end like every other stories, she came out of the room and slapped Kang Cheol on the face.

However, her action was not intense enough to change the plot of the web-toon. Therefore, Oh Yeon-joo decided to do something that is more unusual. And then she surprise kissed Kang Cheol, which was so random.

According to the production team, Lee Jong-suk and Han Hyo-joo showed off perfect chemistry playing the scenes including the fiery slap and the shocking first kiss scene although it is only the beginning of the entire drama.

"'W' reveals the behind-the-scenes images of Lee Jong-suk and Han Hyo-joo's kiss "
by HanCinema is licensed under a Creative Commons Attribution-Share Alike 3.0 Unported License.
Based on a work from this source