'Womance' Makes a Comeback in Dramas 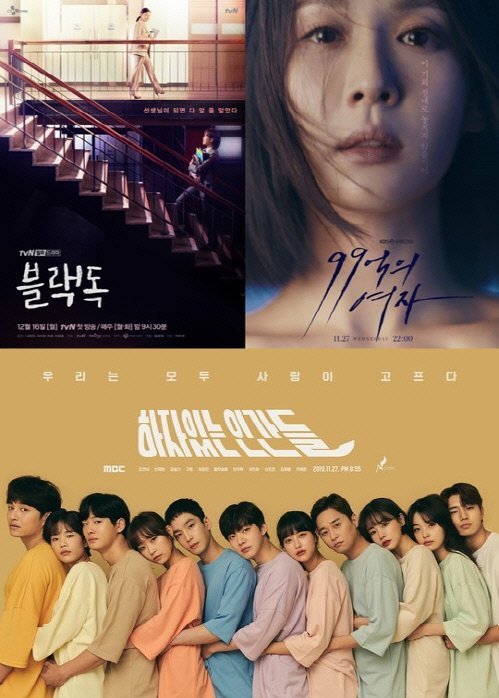 The 'womance' chemistry is coming back.

'Womance' is an important element that leads to the success of a drama. JTBC's "Woman of Dignity", SBS's "Secret Mother", MBC's "The Goodbye Has Left" and tvN's "Search: WWW" upped their attractiveness by putting forward the friendship of women's characters and the process of bringing closure to their own conflicts.

In addition, the self-reliant characters who live life independently deliver relatability through empathy and vicarious satisfaction. The three-dimensional women's relationships depicted is something else to look out for. Even when they are not a major development, placing them in various spots throughout the drama is enough to draw attention. 'Womance' is a keyword that can't be left out in dramas, as it tends to result in good viewing percentages.

With the end of "Search WWW", there have been no more dramas with such elements, but tvN's "Black Dog" is going to make up for it. "Black Dog" is about a social rookie who becomes a short-term teacher and struggles to survive in the school, starring Seo Hyun-jin and Ra Mi-ran.

Seo Hyun-jin plays Go Ha-neul, a rookie short-term teacher, and Ra Mi-ran plays Park Seong-soon, a veteran career development counselor. Go Ha-neul is passionate about her job, but she's also an introvert. On the other hand, Park Seong-soon is straightforward with her thoughts on people. However, she volunteers to be Seo Hyun-jin's mentor.

Seo Hyun-jin and Ra Mi-ran are already well-known actresses for their outstanding performances and it is expected that they will work out the chemistry very well. Coincidentally, "Black Dog" is a piece of work by tvN, which also delivered "Search: WWW", which earned favorable comments for opening a new path for 'womance' dramas. "Search: WWW" depicted the conflicts between Im Soo-jung, Jeon Hye-jin-II and Lee Da-hee who serve in the portal industry, but ended up bonding with loyalty for each other. It also delivered the message that love is not about being dragged around, but waiting and seeing.

MBC's "Love With Flaws" also consists of 'womance' between Oh Yeon-seo and Kim Seul-gi. Oh Yeon-seo plays an enthusiastic physical education teacher named Joo Seo-yeon while, Kim Seul-gi is her best friend Kim Mi-kyeong, who likes to dress up. This contrasting relationship is what makes their chemistry more exciting.

A source from the showbiz said, "Women have typically been seen as the Cinderella type in dramas. Now, they are being accepted more as independent characters. 'Womance' has slowed down a little recently, but we hope it will be seen in more various works in the future, as it seems to have captured the interest of the viewers".

"'Womance' Makes a Comeback in Dramas"
by HanCinema is licensed under a Creative Commons Attribution-Share Alike 3.0 Unported License.
Based on a work from this source