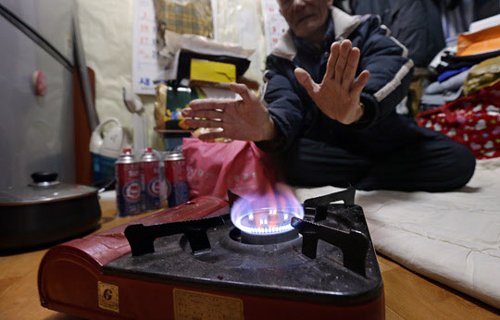 One in five Koreans over 80 live in squalid conditions that do not meet the government's minimum living standard, according to a report.

The Ministry of Land, Infrastructure and Transportation defines the minimum living standard for a single householder as a home measuring 14 sq.m with one room and a kitchen and for a two-person household as 26 sq.m including a kitchen/dining area.

Oh Seung-yeon of the Korea Insurance Research Institute, analyzed Statistics Korea data and found that 17 percent of men aged 80 to 84 and 25 percent of women in the age group live in homes that do not meet these requirements.

That is far higher than the average of 11 percent for men and 15 percent for women across all age groups.

Living conditions are even worse among people over 85 with 20 percent of men and 30 percent of women living in substandard accommodation.

"The number of senior citizens is increasing rapidly, so the current state support focused on children supporting their parents must be expanded to people living on their own", Oh said.