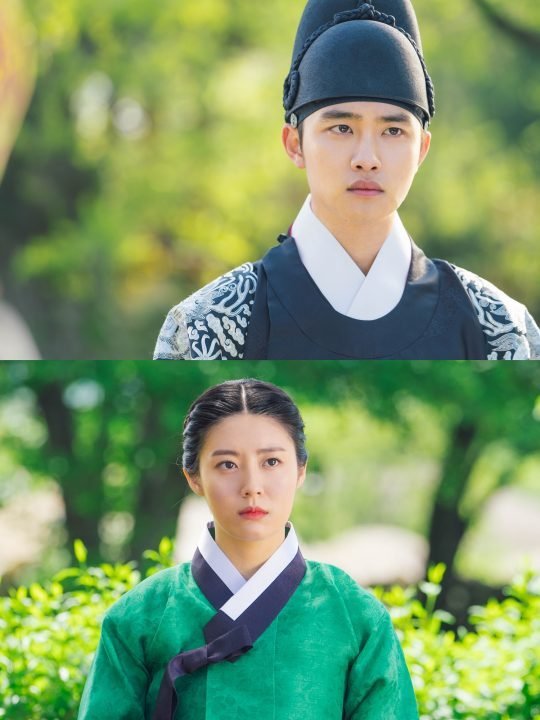 The new tvN drama "100 Days My Prince" is about a prince who turns from a perfectionist prince Lee Yool into a 'good-for-nothing' Won-deuk (Do Kyung-soo) and Joseon's oldest unmarried woman, Hong Sim (Nam Ji-hyun).

Highlights released last week show Won Deuk and Hong Sim married for 100 days. Together, they fight to rebalance the power within the palace.

The production of "100 Days My Prince" explained why the drama is based on a prince marrying one of the oldest unmarried woman in the kingdom. "During the Joseon times, the government itself carried forward plans to get an unmarried woman and a miner married if a natural disaster struck the country because they assumed it was their lifelong regret. "100 Days My Prince" began on the thoughts of 'what if a prince married the oldest living unmarried woman and what would happen if they actually fall in love?'"

A wealthy prince becomes useless within the peasants overnight while an ordinary peasant girl gets control in her hands overnight in "100 Days My Prince", which begins on the 10th at 21:30 KST.

""100 Days My Prince" Do Kyung-soo and Nam Ji-hyun Get Hitched"
by HanCinema is licensed under a Creative Commons Attribution-Share Alike 3.0 Unported License.
Based on a work from this source