[** This will be part of a series of weekly interviews to be published throughout December on what Korea's hottest idol stars want and hope for in the year 2011.] 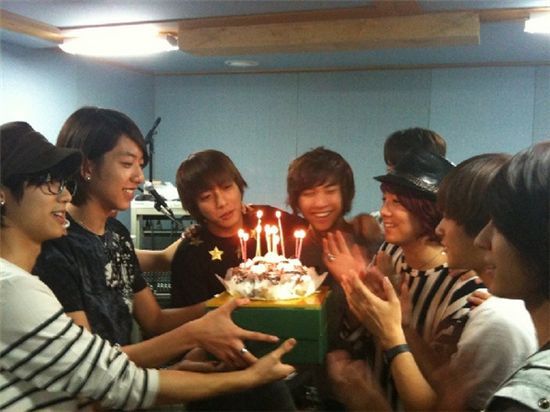 Two of Korea's hottest rock bands, CNBLUE and FTIsland, have several things in common: they are both managed by talenthouse FNC Music, they won their first award on a televised music show in just two weeks into their debut, they are known for their pretty looks and are widely popular throughout Asia.

Start with CNBLUE, the four-member idol band composed of Jung Yong-hwa, Lee Jong-hyun, Lee Jung-shin and Kang Min-hyuk, who in 2009, kicked off their singing career in Japan first.

They then received a boost to their debut in Korea when leader and main vocalist Jung starred in popular TV series "You're Beautiful" through which he shot to fame just a couple of months before CNBLUE officially appeared in the local music scene.

In January of this year, they took the No. 1 spot on KBS' music show "Music Bank" with their single "ALONE" from their first mini-album "Bluetory".

Then in late July, they held their first-ever concert in Korea, attracting 3,000 fans from Korea, Japan, Thailand, Hong Kong, China and Taiwan which paved the way for their six-stop Asia tour to Hong Kong, Singapore, Thailand, Taiwan and Japan the following month.

The boys have branched out into other facets of the entertainment industry as well with Jung appearing in MBC's reality show "We Got Married" alongside Girls' Generation's Seohyun, guitarist Lee Jong-hyun and drummer Kang Min-hyuk starring in Korean omnibus film "Acoustic" and bassist Lee Jung-shin strutting the catwalk for a show during Seoul Fashion Week.

The boys will be ending this year off with a bang as they are gearing up for their second concert titled "Feel the Blue" in Korea with a show this weekend and another in Busan on Christmas Eve, as well as appearing on various year-end awards ceremonies.

Then there is the five-member group FTIsland, standing for Five Treasure Island, who debuted in May 2007 with album "Cheerful Sensibility" whose title track " Love Song " held onto the top spot on various online music charts for several weeks.

Members Lee Hong-ki, Choi Jong-hoon, Lee Jae-jin, Choi Min-hwan and Song Seung-hyen continued to enjoy a successful singing career in Korea while making their debut overseas the following year with their first-ever concert in Thailand. They then expanded their career into Japan in the summer of 2008, releasing several singles which have placed within the top 10 spots on the prestigious Oricon music chart.

After seeing a busy start to the year 2010, touring several countries in Asia including Japan, Thailand, Taiwan, Hong Kong, the Philippines and Singapore, FTIsland returned home to release their third mini-album "beautiful journey" in August and held two concerts early last month. They are currently preparing for their Christmas day concert in Taiwan as well as spending the last days of 2010 performing at several big events.

Through their Q&A with 10Asia, both groups, who have accomplished what others only dream of although they still have most of their twenties left ahead of them, expressed what the new year and future holds. 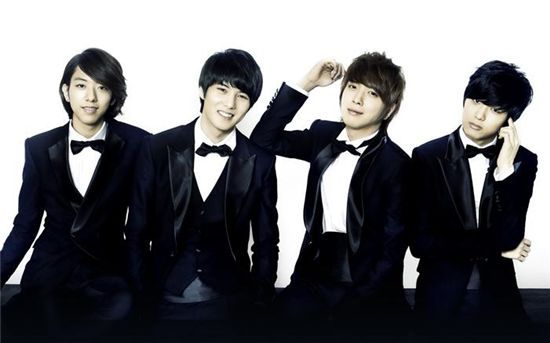 ▶ Remarks regarding the past year ◀
Jung Yong-hwa First, we have received so much love after making our debut in January of this year and we feel that we were able to race through the year thanks to that love. And 2010 was a year where we were able to experience a lot, as much as the size of love we've received from fans. It has been a memorable year for CNBLUE and we would like to work harder to make next year unforgettable as well.

▶ Plans for Christmas & New Year's Eve ◀
Jung Yong-hwa We have our concert in Busan on Christmas Eve and we'll take the stage for the year-end show for MBC's "Music Central". We are also scheduled to make an appearance on MBC's "Gayo Daejejun" awards ceremony on December 31 so we won't be able to enjoy the end of the year like regular people but we want to have fun on stage performing for our fans.
Lee Jong-hyun I plan on spending Christmas performing for our fans just like last year and I'd like to look back on CNBLUE's activities with the other members for New Year's Eve.
Lee Jung-shin First of all, I plan on spending a great Christmas with our fans at our concert in Busan and as of now, I don't have any other plans besides "Gayo Daejejun" for New Year's Eve.
Kang Min-hyuk We plan to have fun at the end of the year with our fans through our concert in Seoul on December 18 and on Christmas Eve in Busan, as well as participating in various year end award ceremonies.

▶ New Year's Resolution ◀
Jung Yong-hwa I will work even harder from now on to create good music. And I will become CNBLUE's Jung Yong-hwa who will climb higher one step after another.
Lee Jong-hyun I will continue to work hard on my music and more than anything, work harder at self-development. On top of that, I will put in the effort to make CNBLUE become even better.
Lee Jung-shin First and foremost, I want to improve my bass guitar skills and increase my knowledge of music. And, I want to try my hand at other aspects of the entertainment business like acting or modeling.
Kang Min-hyuk In 2011, the first thing that I want to do is further enhance my drumming skills. I also want to learn to play other instruments besides the drum, like the piano and flute, both of which I had forgotten about.

▶ Hopes and plans for 2011 ◀
Jung Yong-hwa I feel that the year 2010 gave us the opportunity to show the public what CNBLUE's music is about and it helped increase awareness of who we are as well. Our hopes for 2011 are to work even harder so a wide range of people -- from teenagers to the eldery in their eighties -- will come to know who we is.

▶ Message to fans overseas ◀
Jung Yong-hwa There were many valuable and unforgettable moments in 2010 such as our first fan meeting in Asia and first-ever concert in Korea. There were a number of places that we weren't able to visit so we hope to meet with our fans by holding more concerts with every passing year. We hope that CNBLUE receives more love in the future. Thank you. We love you! (smile) 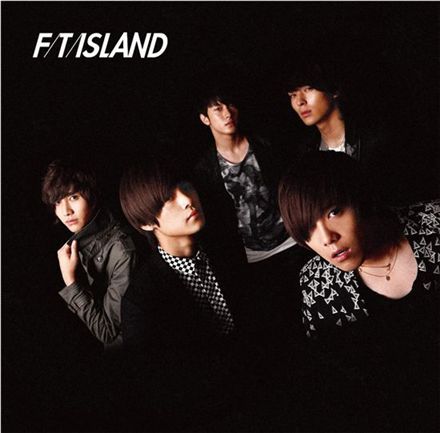 ▶Remarks regarding the past year◀
Lee Jae-jin A lot of things changed during the past year. We didn't stop but continued to push forward and discovered a lot of new things. I'm hoping we'll continue to more forward bit by bit like we did this year in the New Year.
Choi Min-hwan I really think a lot happened in 2010. We made a debut in Japan and won the top prizes [on televised music shows] for the first time in a while in Korea so I think it's been a year where I saw and learned a lot.
Song Seung-hyen I think it's been a year that went by in a blink. 2010 already made it the second year since I've become a member of FTIsland and I think it was a very meaningful year to me. I don't think I can think of anything other than the fact that time really flies.
Lee Hong-ki It's been an extremely busy year. We've quite subtly improved and matured a lot. A lot of things happened as well such as us winning the first prize with "Love Love Love" and I think that's why it's been a great year.
Choi Jong-hoon Time really flew. That's why there are things I regret but am also equally happy about because we received a lot of love with "Love Love Love", much more than I expected we would.

▶Plans for Christmas & New Year's Eve◀
Lee Jae-jin We have a concert on Christmas Day and I'm thinking of spending the last day of the year having a gathering with my friends.
Choi Min-hwan I don't have anything in particular planned as of yet but I think I'll be making my New Year's resolution with members of my group again this year. (smile)
Song Seung-hyun I think I'll eat with our group members.
Lee Hong-ki Hmm... I think we'll probably performing for our fans.
Choi Jong-hoon I think we'll spend the last day of the year performing at a number of big events. But we'll be with our fans so I think I'll have fun. (smile)

▶Hopes and plans for 2011◀
Lee Jae-jin We'll prepare a lot of amazing concerts for our fans in 2011!
Choi Min-hwan We'd like to make ourselves widely known in Korea and Japan, as well as other countries overseas!! We'd like to become a hopeful group. (smile)
Song Seung-hyen I'd like for the band market in Korea to expand.
Lee Hong-ki I think we'll get to show ourselves in more places. Please look forward to it.
Choi Jong-hoon I'm hoping that the things I'm preparing for right now will work out one after another.

▶Message to fans overseas◀
Lee Hong-ki I'll present you with music and acting everyone can relate to. (smile) Let's have fun together. (laugh)
Choi Jong-hoon We are all one.
Lee Jae-jin We'll fly to you soon. Please wait for us just a little more!
Song Seung-hyen We're already there... at least our hearts.
Choi Min-hwan We're going to promote ourselves actively overseas including in Japan. Please keep your eyes on us.

"[10ASIA EXCLUSIVE] K-pop idols' Wants & Hopes for 2011: CNBLUE & FTIsland"
by HanCinema is licensed under a Creative Commons Attribution-Share Alike 3.0 Unported License.
Based on a work from this source