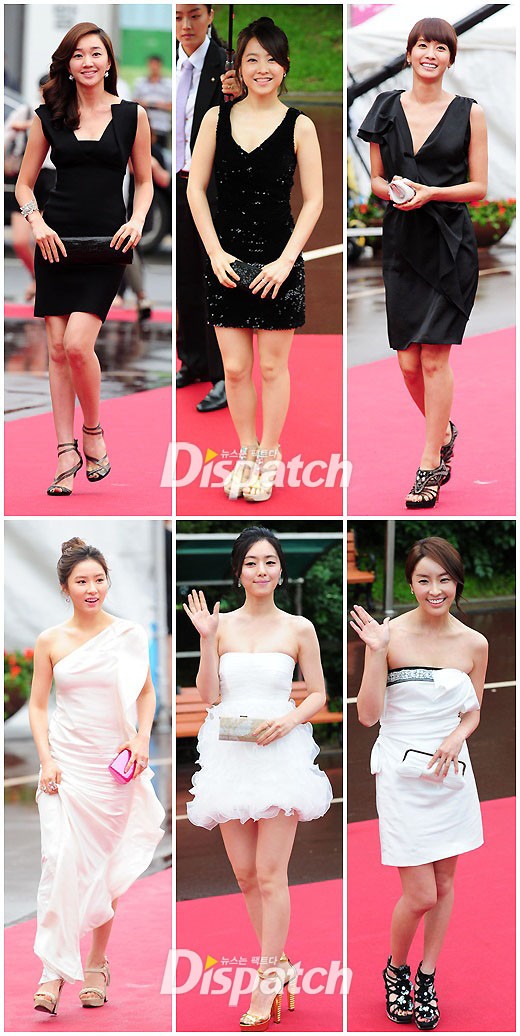 The 15th Puchon International Fantastic Film Festival took place in Puchon on the 14th at 6PM. Those female stars who attended this event wore dresses well suited to their personal characters.

We took a look at the "Black and White" dresses they wore. 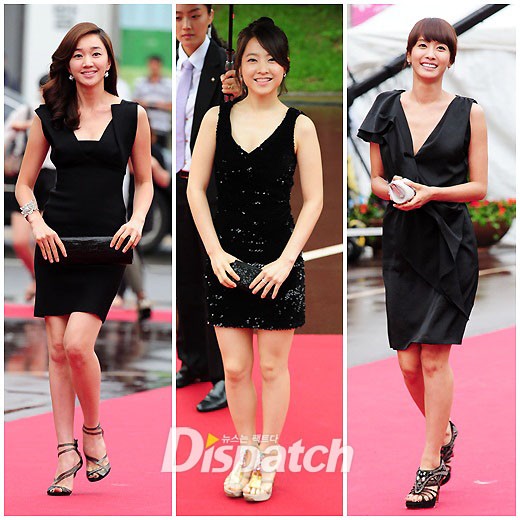 Soo Ae lived up to her nickname 'dress Soo Ae' as she wore a sophisticated black mini dress. Her tight waist line and deep breast line showed off her perfect body.

Park Bo-young wore a dress which showed off deep cleavage line, looking mature. Her body shape was a twist. Her slender legs were shown through he short minis.

Park Jung-ah also chose a black dress. Her hems of her dress were overlapped with ruffles, making her look feminine. Her cleavage line added to her sexy appeal. 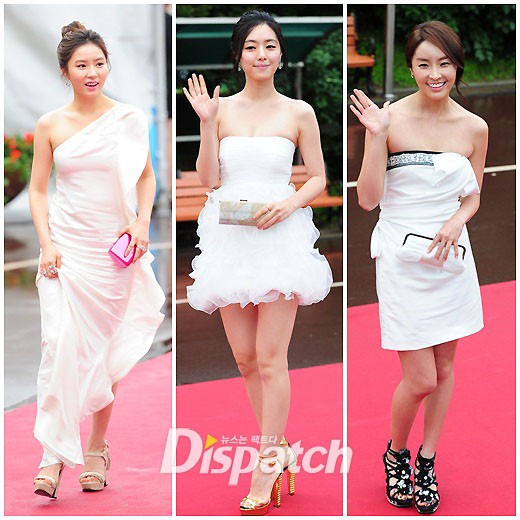 Those who chose the white dress were pure. The dresses went well with their transparent skin. They looked elegant like goddesses and the feminie designs were beautiful.

Shin Se-kyung chose a white long dress. A one-shoulder style. Only one side had ruffles and made it look feminine.

Hong Soo-ah chose a tube top mini dress. Her breast line was emphasized with the low cut line but overall it was very neat.

Jung Yoo-mi wore a white mini dress. A tube top style. However, she chose one that had a ribbon decoration on the breast line and maximized feminism and purity.

"[15th Pifan] "Black VS White" beauty stars"
by HanCinema is licensed under a Creative Commons Attribution-Share Alike 3.0 Unported License.
Based on a work from this source