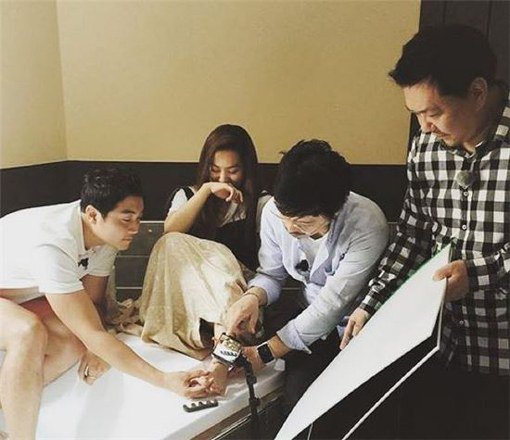 The footage is of an actor locking his fingers with her toes and the MCs who saw the footage sent cheers of support.

"18 Seconds" is a TV show in which stars compete to survive in the SNS world. An 18-second long footage is taken and the one with the most hits wins.

""18 Seconds" Kim Hee-jung-I, erotica in ground-wave?"
by HanCinema is licensed under a Creative Commons Attribution-Share Alike 3.0 Unported License.
Based on a work from this source