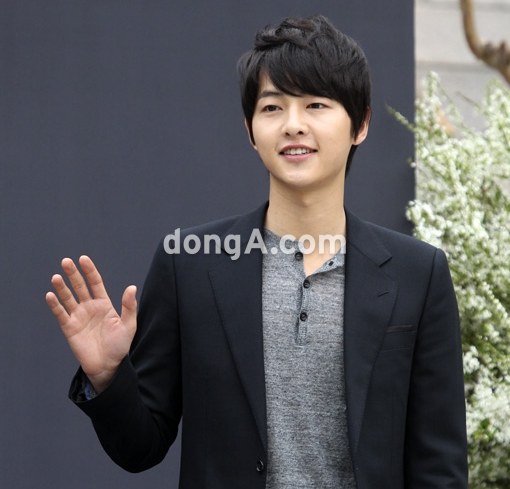 Every year a star in the spotlight leaves for the army.

Song Joong-ki to choose carefully before serving in the military.

These stars have a unique rule when it comes to the military. Every year, a super star in the spotlight has to leave the fame and enter National Service. This rule started with Hyun Bin 2 years ago and then Lee Je-hoon and now it's Song Joong-ki.

Hyun Bin experienced great popularity with "Secret Garden" but he had to turn his back on the many movie offers and join the Marines.

Lee Je-hoon went through the same thing. He was in the movie spotlight when he decided he will serve his duties. He quickly filmed his parts and left for the Service before the release of the movie.

Song Joong-ki is about to do the same. He has to join the military sometime at the end of this year to the beginning of next year. He's known to be one who gets the most offers from movies. This is all thanks to his performance in the movie "A Werewolf Boy" and drama "Nice Guy".

Currently Song Joong-ki is revising the script of "Haemu" directed by Bong Joon-ho. He's also revising a historical script and is thinking hard. It's going to be his final work before he joins the army so he might take some time to make up his mind.

"2011 Hyun Bin, 2012 Lee Je-hoon and now Song Joong-ki?"
by HanCinema is licensed under a Creative Commons Attribution-Share Alike 3.0 Unported License.
Based on a work from this source