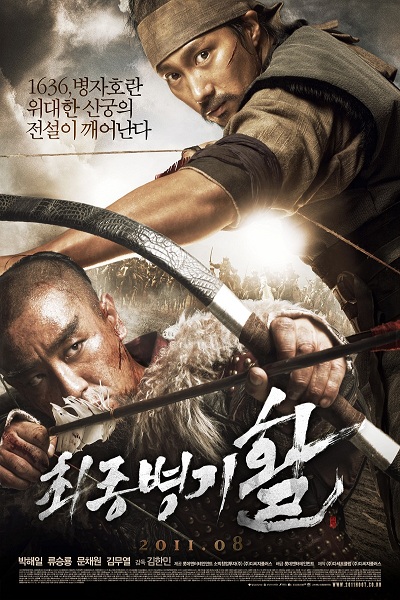 The 3rd Korean Film Festival in Australia, KOFFIA, is pleased to announce its film line-up for 2012.

KOFFIA will showcase 20 of the best and latest Korean feature films as well as a few past classics, in a diverse program that will allow audiences to discover their connection to Korean cinema and culture. Audiences will once again be treated to a feast of Korean festivities taking place at Dendy Opera Quays in Sydney and ACMI Cinemas Federation Square in Melbourne. While for the first time selected titles will also screen at Tribal Theatre in Brisbane, as August and September sees 16 days of screenings across the Australian east coast.

The festival will open in Sydney on August 22nd with the Australian premiere of the highest grossing Korean film of 2011, "Arrow, The Ultimate Weapon". Set during the second Manchu Invasion of Korea, the action packed epic follows Nam-yi, a young archer who must save his little sister from slavery and avenge his demolished village. The film won a plethora of prizes awarded to great performances by Park Hae-il, Ryu Seung-ryong and new comer Moon Chae-won.

A week later, the festival will close with the Australian premiere of "Sunny - 2010", a warm nostalgic comedy revolving around a group of middle age women who reminisce about the fun and adventures of their childhood. Director Kang Hyeong-cheol, who picked up the Best Director prize from the 48th Daejong Film Awards, will be in attendance to present his film, .

These two films are represented in a new Panorama section the festival has added to its programming, that focuses on the latest critically acclaimed and commercially successful films from Korea. This section includes Korea's official submission for the Academy Awards "The Front Line", the senior citizen romance hit "Late Blossom" and Im Sang-soo's "The Taste of Money" fresh from screening at the 65th Cannes Film Festival.

Rounding out the Panorama section are two films from world renowned auteur Hong Sang-soo, as the festival presents the Sydney premiere's of "In Another Country" starring Isabelle Huppert and the black and white tale "The Day He Arrives".

The festival will also take a look at a lineup of Modern Classics, films from the recent past that had discovered worldwide followings. Park Chan-wook's "Old Boy", Heo Jin-ho's "Christmas in August" and Kim Ki-duk's "Spring, Summer, Fall, Winter... And Spring" will screen in all 3 states, partnered with industry forums and guest speakers to discuss these nominal pieces of Korean cinema. The festival will celebrate it's own KOFFIA Christmas reception at the August 25th screening of "Christmas in August" in Sydney. 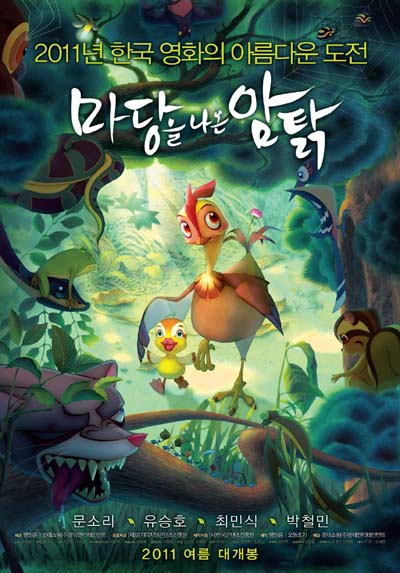 This year, the lineup has expanded to include a wider range of films that sees feature Animations screen for the first time. "Leafie, A Hen Into The Wild", the highest grossing Korean animation of all time, will have its Australian premiere, while the 1st ever Korean film to screen in competition at Sydney Film Festival, "KKing of Pigs" also screens. A strong Documentary program will compliment this trend for diversity, that includes "ARIRANG - Movie", the inaugural winner of the Brisbane International Film Festival's documentary prize, and "The Reason Why I Step" about Korean folk musician Baek Ja.

Finally a spectrum on genre will see a heavy selection of K-Comedy and K-Mystery titles represented, that includes the 2012 rom-com smash hit "Everything about my Wife", the courtroom drama "The Client", the award winning "Bleak Night", the period comedy "Detective K", Kang Hyeong-cheol's "Speedy Scandal" and controversial thriller "Silenced".

Industry forums on animation and cult cinema, as well as cultural activities and school screenings will allow for a deeper connection to the films. The festival will close in Brisbane on September 30th with a special Chuseok (Korean thanksgiving) reception.

The inaugural KOFFIA Short Film Competition will see the best shorts made by Koreans or Australians studying film downunder on the big screen that sees a total of $5,000 in cash and prizes awarded. The awards are supported by Metro Screen, The University of Sydney Faculty of Art, and NIDA National Institute of Dramatic Art. The awards will be chosen and presented by jury members Bruce Isaacs (USYD), Richard Gray (The Reel Bits), Karen Pearlman (AFTRS), Robbie Gadsbey (Metro Screen) and visiting director Kang Hyeong-cheol. Screening alongside the entries will be a special presentation of Hong Sang-soo's LOST IN THE MOUNTAINS.

A special showcase on Korean short films from filmmakers based all across the globe will screen in Sydney as a free program at the Korean Cultural Office. Highlights include "SEE YOU TOMORROW" and "ANESTHESIA" direct from the 2012 Berlin Film Festival, previous Cannes selections FLY BY NIGHT and "Ghost - Short" as well as the recent crowd-funded phenomenon "REMEMBER O GODDESS" by Lee Yoon-jeong-II. The showcase will highlight a program on School Days, shorts that cover the many complex issues faced by high school students, and includes 2 documentry selections from the United States, "MAKING NOISE IN SILENCE" and "EXAMINATION".

20 features, 13 shorts and the 1st KOFFIA Short Film Competition, in a lineup that is complemented with forums, galas, Q&A's and performances. Korean cinema is a perfect gateway to discovering more about this vibrant culture. We invite all attendees to explore what Korean cinema means to you and to let KOFFIA bring you together with others that share this passion. We are after all inevitably connected through the silver screen, even to the person sitting next to you in a dark theatre.

Tickets will go on sale 3 weeks prior to the festival in each state. It's time to discover your connection!