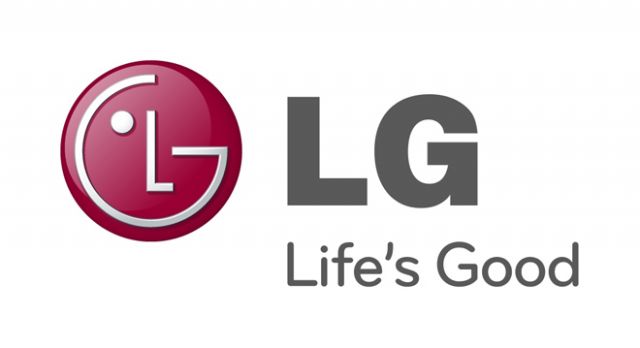 LG Electronics brought a range of cutting-edge home entertainment products and smart appliances to the 2013 Consumer Electronics Show. Although we didn't see the LG Optimus G2 make an appearance, here's a glimpse at some other noteworthy items that did take the stage.

LG finally announced the price and release dates of the hotly anticipated 55-inch OLED (Organic Light Emitting Diode) TV. It will go on sale for about $12,000 USD in the United States starting in March. You'll get extraordinary picture quality and perfect colors thanks to LG's WRGB technology and Four-Color Pixel system in a TV that's only 4mm thick. It's definitely a point of pride for LG that it's the only company in the world so far to put an OLED TV on the market.

Granted, not everyone's got 12 grand lying around to splurge on a TV. But can't you just imagine experiencing March Madness on a screen like this? 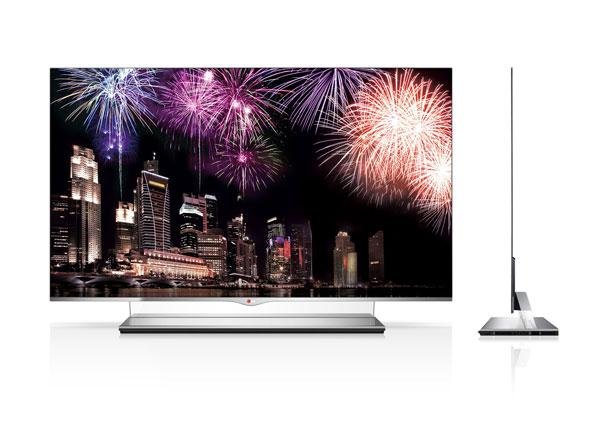 At CES, LG also showed its confidence in Google TV by expanding its Google TV lineup to seven models. Google TV runs on Google's Android system and has lots of cool content – think cable, Netflix, YouTube videos and Google Play's movies and TV shows. One weakness of the system was that you needed to buy a separate set-top box to access the content. Now that major players like LG are coming out with TVs with Google TV built right in, we think that this will help people catch on to the connected-TV platform.

LG has always been passionate about the idea of smart, connected homes. At CES, the company bestowed more advanced features like NFC (near field communication) upon its smart appliances that include washers, dryers, an oven and a new robot vacuum. Waving your smartphone over the appliances will connect them all together through NFC and the SmartControl app is the means by which you control all of their functions. (Thinking of forming a robot vacuum cleaner army on the cheap? This might be the solution.)

If you feel like knocking out some household chores before getting home, you can use the app to start vacuuming the floor or running a load of laundry. LG also added the ability to give voice commands through the SmartControl app, making the process feel more natural. 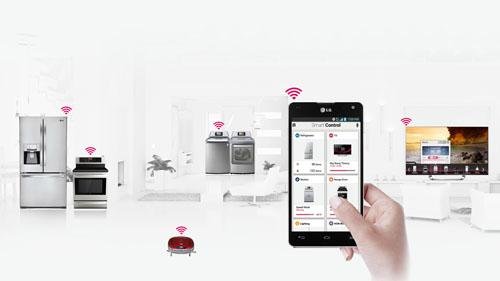 "2013 CES: LG's Innovations for the Home"
by HanCinema is licensed under a Creative Commons Attribution-Share Alike 3.0 Unported License.
Based on a work from this source