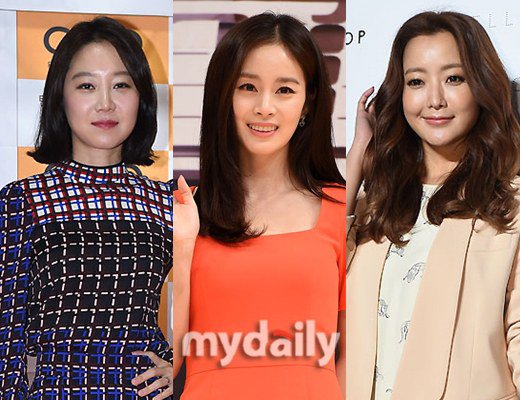 The 2015 APAN Star Awards, which is being broadcast live on MBC Every1 and Naver V App, is expected to be intense in competition as it rounds up all the dramas that were most popular throughout the year.

This is not including the scene-stealers, the supporting actors and actresses in every drama.

Other categories include, the most popular, the best dressed, the best OST and others.

Meanwhile, the 2015 APAN Star Awards is hosted by T-ara's Soyeon.

"2015 APAN Star Awards nominees: Gong Hyo-jin VS Kim Hee-sun VS Kim Tae-hee and more"
by HanCinema is licensed under a Creative Commons Attribution-Share Alike 3.0 Unported License.
Based on a work from this source