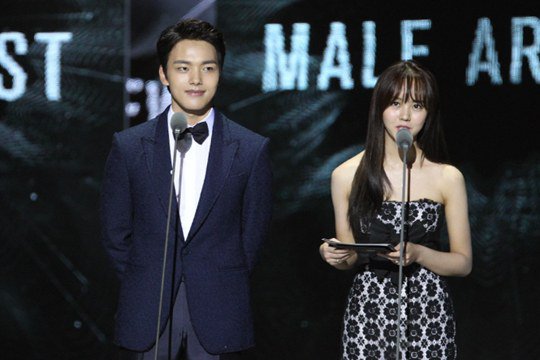 The 2015 Mnet Asian Music Awards (MAMA) was held in Hong Kong on the 2nd of December.

Yeo Jin-goo and Kim So-hyun are making a speech at the show.

""2015 MAMA" Yeo Jin-goo and Kim So-hyun, "The Sun and The Moon" couple all grown up"
by HanCinema is licensed under a Creative Commons Attribution-Share Alike 3.0 Unported License.
Based on a work from this source