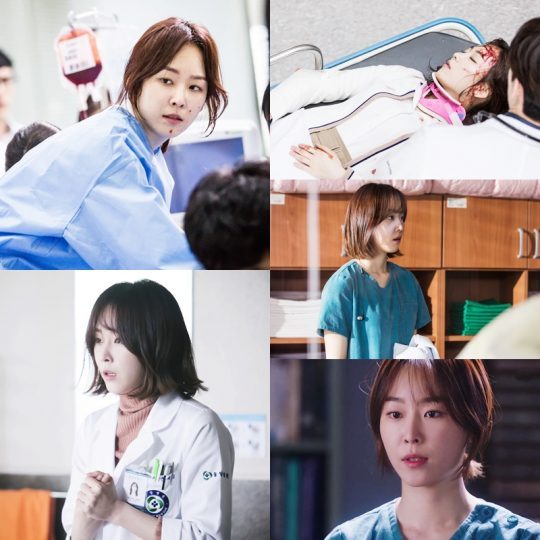 For actors, it's hard to even have just one production be successful. However, it seems that for actress Seo Hyun-jin, good things just keep on happening.

Actress Seo Hyun-jin has acted in two successful dramas, both of which she deserves.

Her ability to understand her role and act accordingly, shows how much talent and potential she has.

She began her journey in 2001 through SM Entertainment as a girl group member of the group, MILK. She then switched paths and began with short roles in dramas and musicals.

This May, she took a role for the tvN drama, "Oh Hae-Young Again" and received much attention for her quality of acting.

This fall, she began her role in SBS "Dr. Romantic" and has yet again captured the hearts of viewers.

After finishing "Oh Hae-Young Again", she commented, "My goal is to continue playing roles in great productions and meeting great people while doing it. I don't want to do this for a few years and quit. I want to give my all when doing a production. I know that one day this will all fade, but this is the fun of life. I hope to meet another great production".

"2016 Seems to be Actress Seo Hyun-jin's Lucky Year for Dramas"
by HanCinema is licensed under a Creative Commons Attribution-Share Alike 3.0 Unported License.
Based on a work from this source