Which KBS 2TV drama was the most popular this year?

With less than 3 weeks left to the year 2020, we compared and analyzed the results of Korean dramas that broadcast in 2019. 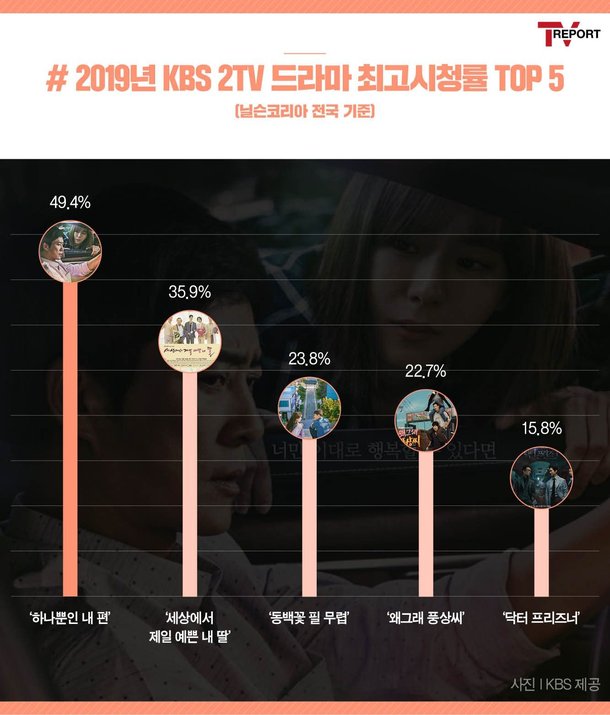 On the other hand, Monday / Tuesday dramas failed miserably, as they didn't once make it to the TOP 5. 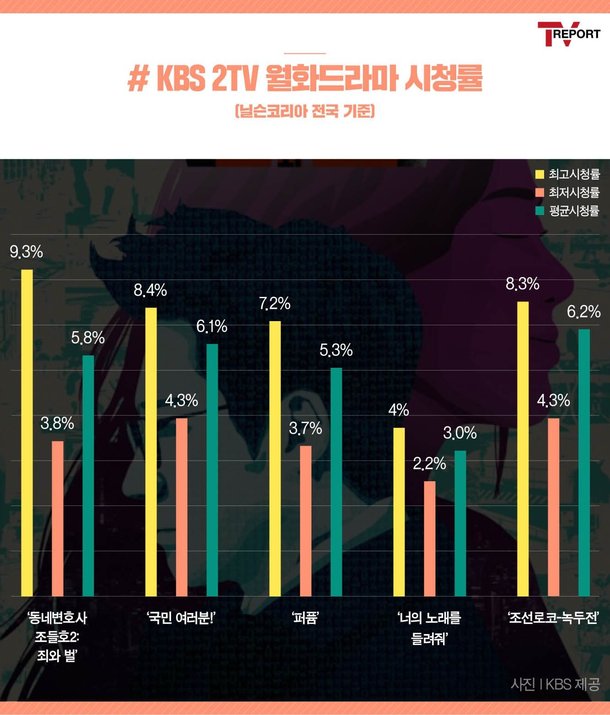 Thoroughly speaking, Monday and Tuesday dramas didn't do well overall. Not one drama made it past 10%.

The highest rated drama was Park Shin-yang and Go Hyun-jung's "Neighborhood Lawyer Jo Deul-ho 2: Crime and Punishment" at 9.3%, but it came up third (5.8%) in average viewing rate. It's a disappointing result considering the first season always showed two figures.

The reasons for the failure of "Neighborhood Lawyer Jo Deul-ho 2: Crime and Punishment" were the atmosphere, the poor production, and the composition compared to the previous season. In addition, the Asian Cup relay and Park Shin-yang's injury caused the figure to drop to 3.8%.

"Perfume" and "I Wanna Hear Your Song" weren't successful in bringing out the best of their elements. Also, they didn't survive the competition from other dramas and TV shows aired at the same time frame.

On a different note, "My Fellow Citizens" and "The Tale of Nokdu" received a passing grade in terms of the actors' acting skills and workmanship. In line with this, the dramas were able to maintain average viewing rates. 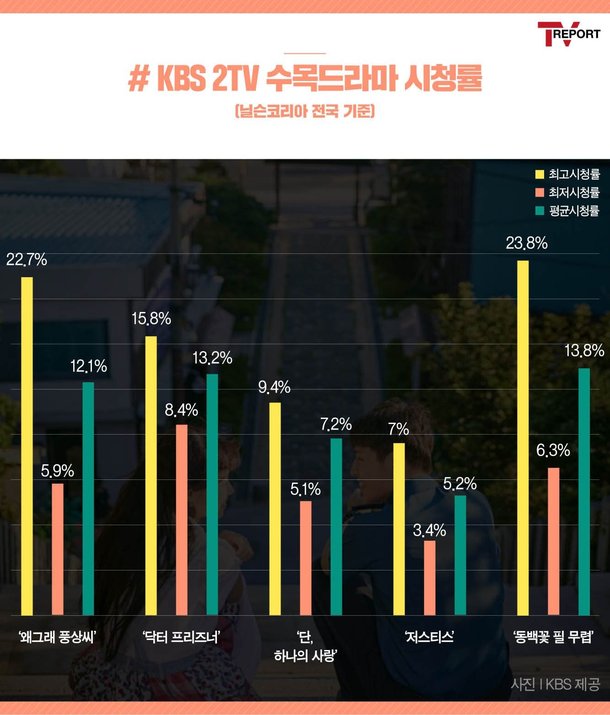 The graph is in stark contrast to that of Monday / Tuesday dramas. In particular it broke through 20% twice in the multi-channel era.

"Liver or Die" was reviewed outstandingly for its story on family love. It started with 5.9% and consistently rose to the top, beating the competing drama, SBS's "The Last Empress".

"Doctor Prisoner" drew attention with its criminal suspense and outstanding performance of the actors. It never once went down below first place and maintained a two-digit viewing rate.

"When the Camellia Blooms" starring Gong Hyo-jin and Kang Ha-neul was considered excellent in every way. It recorded a staggering percentage of 23.8% and the average turned out to be 13.8%.

"Justice", on the other hand, was a little disappointing. Compared to the performance of the actors, the atmosphere of the drama was generally dark and the layout played very slowly, which caused the drama to come in at a low position. At the same time, it didn't have anything against its competing drama, "Rookie Historian Goo Hae-ryung". 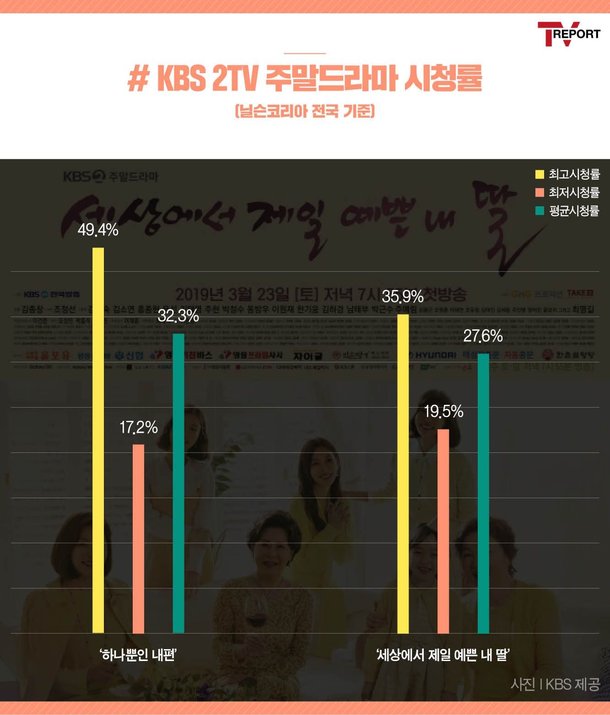 - Weekend dramas – subtle percentage but not so much fun

Finally, weekend dramas were a little higher than last year's dramas; "My Golden Life" and "Shall We Live Together".

"My Only One" seemed to be dropping to 17.2% in September last year, when it started, but went up a little during the Chuseok Holidays. Then, as it approached 2019, it maintained a steady result of 30% and more until it reached 49.4% right at the end.

Compared to the past, when the 40% mark was easily surpassed, it was considered worse than before in terms of content. Both dramas were dominated by obvious settings and provocative material, such as birth secrets and the characters suffering from incurable diseases. This is also why "My Only One" and "Mother of Mine" received more harsh reviews than good ones.

"2019's KBS 2TV Dramas, Hit Wednesdays and Thursdays VS Poor Mondays and Tuesdays "
by HanCinema is licensed under a Creative Commons Attribution-Share Alike 3.0 Unported License.
Based on a work from this source