In one word, the 2019 MBC drama journey was a 'recession'. That's because only a few dramas made it to the top box office this year.

In order to overcome the crisis, the schedules of the dramas had been changed, but it did not have much effect.

We analyzed the performance of MBC dramas that met with viewers for the whole year of 2019. 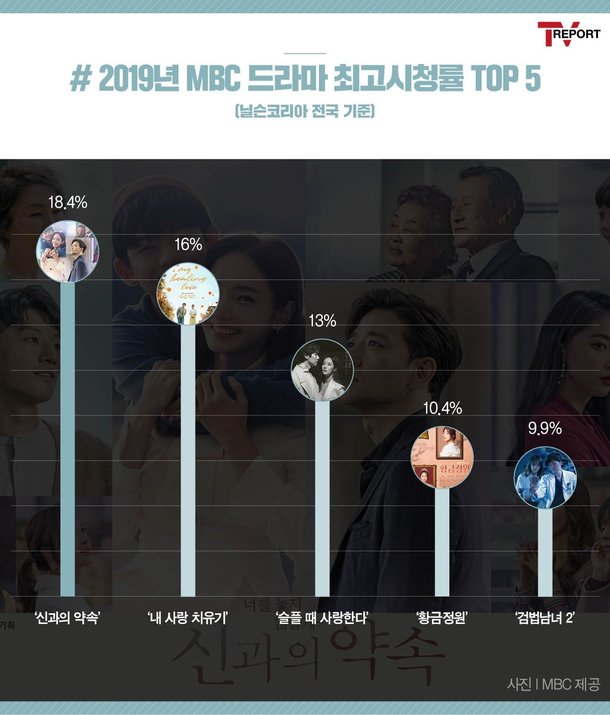 - The progress of weekend dramas... maximum viewership of 20%

First, four out of five MBC dramas that hold the record for best viewership are weekend dramas.

"A Pledge to God", which ended in February, rated the highest this year, with 18.4% on average viewership.

However, the dramas lack progress compared to the KBS 2TV and SBS dramas that marked way above 20%. 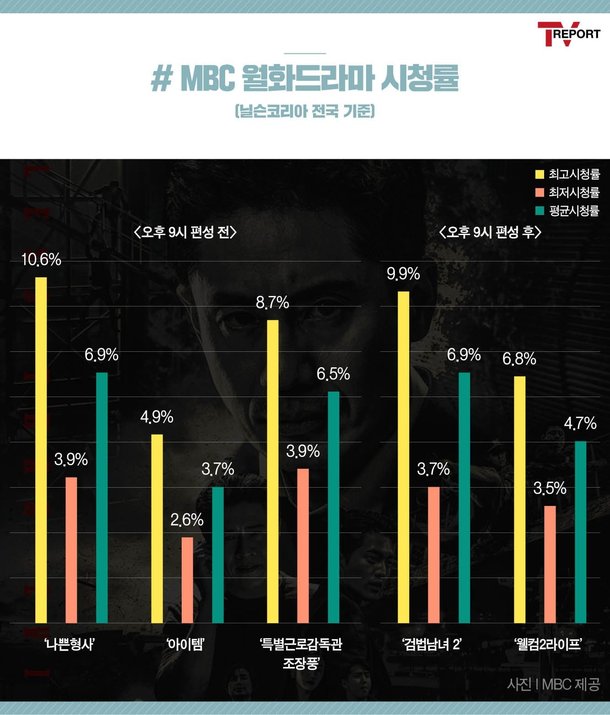 "Bad Detective" is the highest ranking Monday / Tuesday drama. However, the highest record is from December last year and the percentage dropped significantly once it entered 2019.

"The Item", which was anticipated as Ju Ji-hoon's TV comeback, failed to draw in viewership because of its slow layout and difficult settings. As a result, it was the lowest ranking drama out of five.

On the other hand, "Special Labor Inspector, Mr. Jo" offered numerous things to see and climbed up to the top rank of that time frame, beating "My Fellow Citizens".

"Partners for Justice Season 2" drew attention, as it developed better content than before, the actors performed with passion, and it dealt with social issues. Thanks to this, the series broke the previous record of 9.6%.

The last Monday / Tuesday drama, "Welcome 2 Life", started off with a steady figure of 6.8%, but couldn't handle the competition. Therefore, the viewing rate remained stationary or dropped frequently. 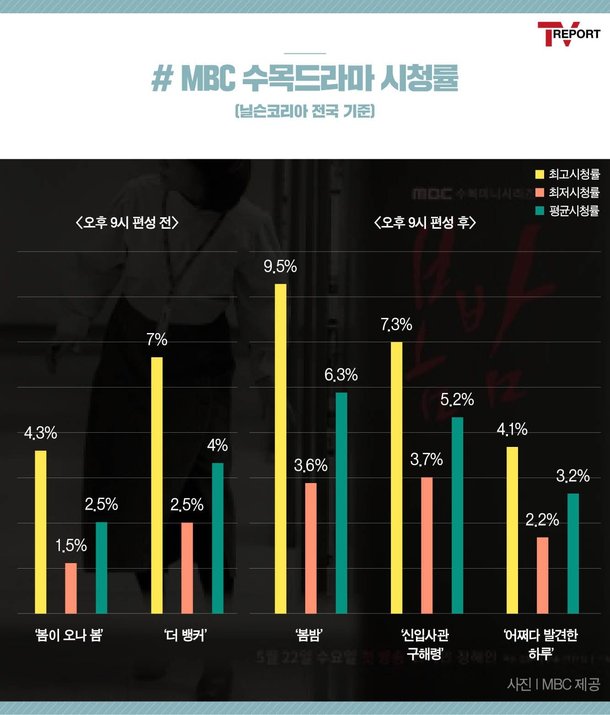 Wednesday / Thursday dramas had it worse than Monday / Tuesday dramas, even with the time change to 9PM.

"Spring Turns to Spring" went all the way down to 1% because of "Liver or Die" and "The Last Empress".

"The Banker" was criticized for its lack of immersion in the story and was left with 4%, as "Doctor Prisoner" took away the main viewership.

After the time change to 9PM, MBC drama "One Spring Night" put forward Han Ji-min and Jung Hae-in's romantic chemistry and managed to do better than other dramas.

However, the dramas that came after didn't do very well. "Rookie Historian Goo Hae-ryung" couldn't surpass "Justice", and "Extraordinary You" didn't get the viewership it deserved, despite its popularity.

"Love With Flaws", which is currently in broadcast, can't shake the 2~3% range. Considering that KBS 2TV has two dramas which exceed the viewership of 20%, this is a bitter result. 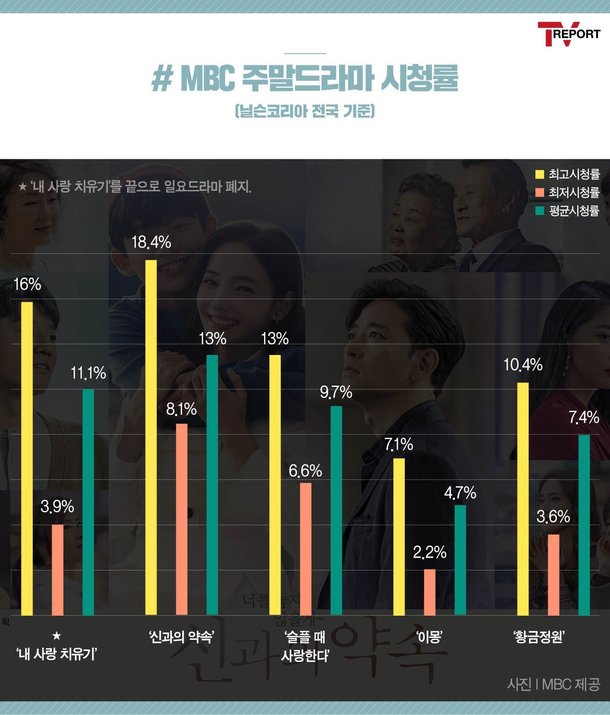 MBC's weekend dramas are declining towards the end of the year.

"My Healing Love", which was the last Sunday drama of the year, ended with a viewership 4% higher than the previous, "Wealthy Son" (12%).

However, "Love in Sadness" had a relatively bad outcome. That's because the SBS Friday / Saturday drama "The Fiery Priest" did a lot better in terms of performance, production and content.

"Different Dreams", which was expected to mark the 100th anniversary of the March 1 Movement, was severely criticized for its lack of drawing power and flat character psychological depiction compared to its planning intentions and messages. Reflecting this, ratings also fell by 2.2%.

The sequel, "Golden Garden", was well-received for its curious characters and their pasts, as well as the step sisters and their stepmother. However, it failed to exercise its power to rival dramas such as "Hotel Del Luna" and "Vagabond".