29 year-old Yoon Seung-ah "How do I act the high school student?" 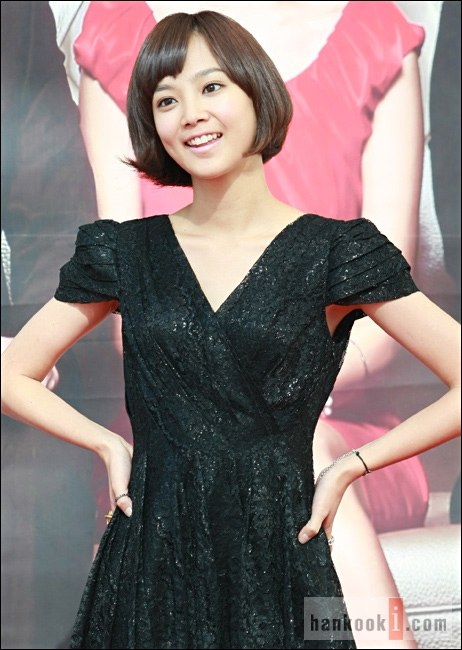 Actress Yoon Seung-ah is excited about the drama "Empire of Gold" in which she stars in a Hee-joo, Jang Tae-joo's (Go Soo) sister.

The new SBS drama "Empire of Gold" is a collaboration by producer Jo Nam-gook and writer Park Kyeong-soo from "The Chaser". It is a political family drama about the fight for authority and power between a rich family during the turbulent political times in the early 1990's.

Yoon Seung-ah's role of Jang Hee-joo is a cute and bubbly person. She lives the life her brother wishes her to live and feels happiness from the smallest things but come to loath her brother when something happens.

Yoon Seung-ah has high expectations for "Empire of Gold". "I've only been in sitcoms and short dramas but now I'm worried about acting out a high school student when I am 29 now. There is a grown up version of me later which is the first time I'm acting out a character of my age. I am also honored to work with fellow actors and actresses like Go Soo, Son Hyun-joo, Park Geun-hyung and others".

Meanwhile, SBS drama "Empire of Gold" will be aired in July after "Jang Ok-jeong".

"29 year-old Yoon Seung-ah "How do I act the high school student?""
by HanCinema is licensed under a Creative Commons Attribution-Share Alike 3.0 Unported License.
Based on a work from this source