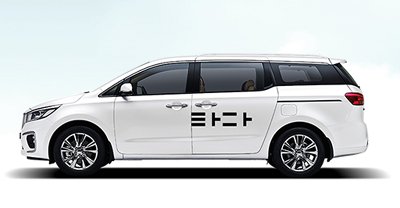 Start-up ChaCha Creation on Thursday announced that it will launch a new ride-hailing app in Seoul in August with 1,000 vans by the end of this year.

The legal niceties are complicated for the moment. "Our partners use leased vans like their own cars, and their lease contracts temporarily ends when they receive a ride-sharing request", a staffer explained. "When the van is hired by a customer, the partner serves as the hired driver".

But the complicated process is made easy by the app, enabling customers to use the vans just like taxis.

The introduction of ride-hailing apps has been slow in Korea, where the taxi-driver lobby has put up fierce resistance culminating in the suicide of a couple of taxi drivers. But TADA then spotted a loophole in Korean regulations by using vans instead of sedans, as vans carrying more than 11 passengers are allowed to hire drivers.

A spokesman for an association of private taxi drivers said, "Similar services are popping up even though our conflict with TADA has not been resolved". He denounced the apps as an "illegal service that abuses exceptions in laws aimed at promoting tourism".