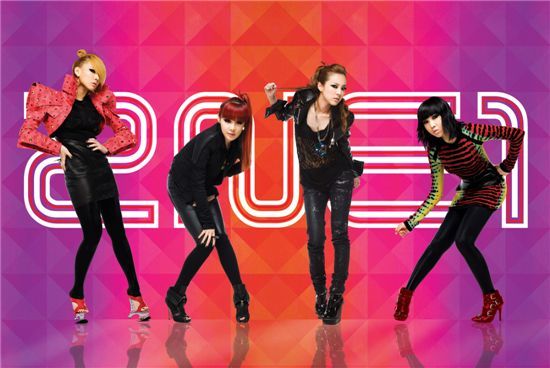 Korean girl group 2NE1 celebrated their first win on a televised music program over the weekend with their new song "Can't Nobody".

The quartet, who gave their comeback performance with "Go Away" and "Can't Nobody", took the crown on KBS' Friday show "Music Bank", beating out R&B singer Wheesung.

"It is an honor to take the No. 1 spot on the day we gave our comeback performance. We will work harder in the future", 2NE1 member Sandara said in her acceptance speech on Friday's show.

Known as one of the most popular girls in the country, 2NE1 returned to the Korean pop scene with their first full-length album "To Anyone" on September 9. They have been promoting three title tracks "Go Away", "Can't Nobody" and "Clap Your Hands" simultaneously.

Meanwhile, SBS this week replaced Sunday music program "Inkigayo" with the Hallyu Dream Concert held in the city of Gyeong Ju in the Gyeongsang Province, featuring various K-pop artists such as Super Junior, 2PM, 2AM, BEAST and miss A.