2NE1 Picked Artist of the Year by Mnet 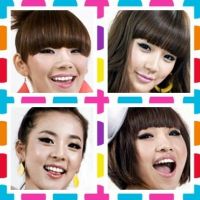 The girl group 2NE1 has been named the "Artist of the Year" by Mnet.com.

The four-member girl group 2NE1 has been named the "Artist of the Year" by Mnet.com music portal, grabbing the honor in their debut year.

Mnet.com announced the result Tuesday, after analyzing its online music charts from Jan. 1 to Dec. 10.

The girl group was also crowned in the best album category, underlining it is at the top of the domestic pop music scene.

Created by the makers of Big Bang, YG Entertainment, the group ― comprised of Sandara Park, CL, Bom and Minzy ― debuted in May with their single "Fire" and since then has steadily built up their popularity with the consecutive releases of hit songs like "I don't Care", and "In the Club".

"Girl groups have been dominant this year but 2NE1, who drew public attention even before their official debut, seemed to have secured a stronger fan base as they kept releasing hit songs", an Mnet official said.

Dubbed as "the girl version of Big Bang", 2NE1 is known as an edgier group, with provocative outfits, lyrics and moves. While most groups focus on pretty, sexy looks and dancing in formation, the group members jump all around the stage, showing off their individual styles through clothes, accessories and dance moves.

"2NE1 Picked Artist of the Year by Mnet"
by HanCinema is licensed under a Creative Commons Attribution-Share Alike 3.0 Unported License.
Based on a work from this source