2PM continues to shine on "M! CountDown" for 2nd win 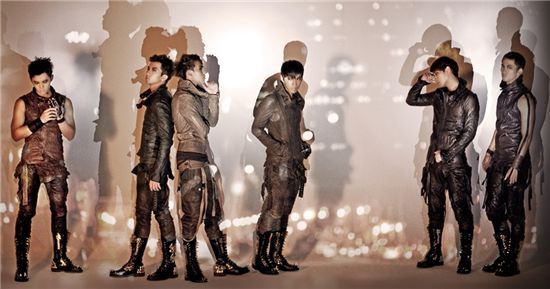 The boys grabbed their second consecutive win on the show with the title track "I'll Be Back" from their new mini-album "Still 2:00PM" against fellow labelmates ballad group 2AM.

"We want to dedicate our win to our agency and our fans. We also want to say thanks to miss A and 2AM who are standing on stage with us", the members of 2PM said in their acceptance speech.

The show ended with 2PM giving their encore performance with 2AM and miss A.

Known as one of the most popular boy bands in the country, 2PM made their debut in 2008, producing numerous hit songs including "10 Out of 10", "Tired of Waiting", "Heartbeat", "Again & Again", and "Without U".

They have been dominating various online music charts as well as televised music shows with new song "I'll Be Back" and mini-album "Still 2:00PM" since its release on October 11.

"2PM continues to shine on "M! CountDown" for 2nd win"
by HanCinema is licensed under a Creative Commons Attribution-Share Alike 3.0 Unported License.
Based on a work from this source