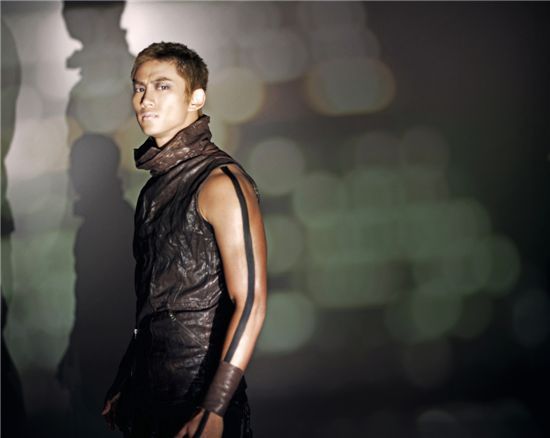 K-pop idol Ok Taecyeon will be showing off his acting skills once again, this time as one of the male leads in KBS' musical TV series "Dream High", a much-anticipated collaboration between Korea's top entertainment firms JYP Entertainment (JYPE) and KEYEAST.

JYPE announced in a press release Tuesday that Ok Taecyeon has been cast as Jin-kook in the upcoming show, a skilled dancer that has been kicked out of a school for performing arts but transferred back by request from the chairman of the school.

"I am really excited and have high expectations for this new production. I have greater anticipation for this drama since it deals with music and I get to work with a lot of great people", Ok Taecyeon was quoted as saying.

Just yesterday, the show's promoter revealed that Korean actor Kim Soo-hyun has been cast as another one of the male leads, taking on the role of Song Sam-dong. Other cast members have not been confirmed yet.

"Dream High", also produced jointly with cable unit CJ Media, is about the dreams of students who attend a performing arts school with the storyline set to be relayed through song and dance.

Bae Yong-joon, KEYEAST's major shareholder, and Park Jin-young, founder and CEO of JYPE, will help in the production and musical arrangements for the show.

The musical drama, a 16-episode mini-series, is set to show on Mondays and Tuesday starting January 3 next year.

Making his debut in the six-member boy band 2PM, Ok Taecyeon made his acting debut with a role in hit KBS2 TV series "Cinderella's Sister" alongside Moon Geun-young in June this year.

He is currently promoting the title track "I'll Be Back" from their latest mini-album "Still 2:00PM" with his fellow bandmates.