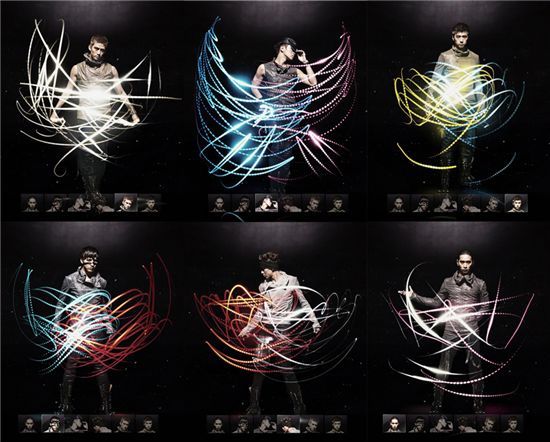 Teaser photographs of Korean boy band 2PM who are set to make a comeback to the local music scene with a new single were unveiled today.

On Wednesday, JYP Entertainment (JYPE) announced that they have uploaded pictures of the boys on their official website (www.2PM.jype.com).

The photos show each member standing in front of a black backdrop with fluorescent lighting surrounding them.

2PM, composed of members Ok Taecyeon, Nichkhun, Wooyoung, Lee Junho, Junsu and Hwang Chan-sung, have released numbers of singles since their debut in 2008 including Heartbeat, "Tired of Waiting", "Don't Stop Can't Stop" and "Without U".

The six-member boy band will release two teaser videos -- one tomorrow and another on October 9.