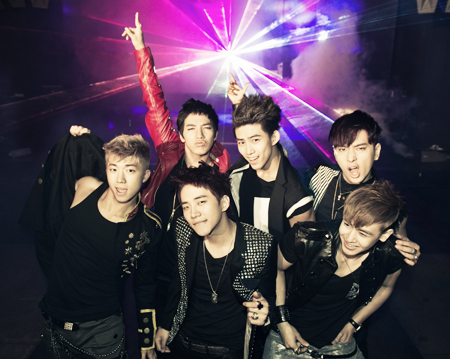 According to the agency, the tickets for "6 Beautiful Days", which will run from May 24 through 31 in Budokan, Tokyo, with additional nights at the Yokohama Arena on June 5 and 6 have all been purchased.

The six-member group's fourth single Beautiful is currently the background music for a food advert in Japan, and the track topped Japan's Recochoku digital chart in April.

2PM made their official debut in Japan in December 2010 with their first live event at the Ryogoku Kokugikan Gymnasium in the nation's capital, a place well known for sumo wrestling matches.

They have also gained popularity in other Asian markets, including China, Thailand, Malaysia and the Philippines.

"2PM's Japanese concerts sold out"
by HanCinema is licensed under a Creative Commons Attribution-Share Alike 3.0 Unported License.
Based on a work from this source