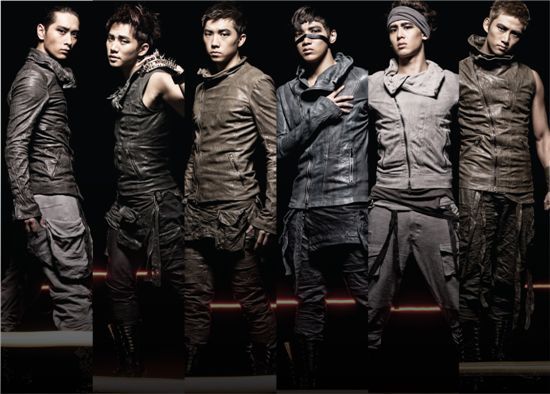 The six-member group took the top prize on the program with "I'll Be Back", the title track from their mini-album "Still 2:00PM" released two weeks ago.

They were congratulated by other bands on the show, particularly by boy group 2AM of the same agency who took to the stage with them for their encore performance.

Just last weekend, a week after their comeback, the group took the top spot on televised music shows "Inkigayo" aired on SBS and KBS' "Music Bank". This added with their recent win on Mnet means 2PM has successfully swept all the major music programs in Korea.

Composed of members Nichkhun, Wooyoung, Lee Junho, Junsu, Hwang Chan-sung and Ok Taecyeon, 2PM has produced several hit songs such as "Tired of Waiting", Heartbeat, "Again & Again" and "Without U" since their debut in 2008.

Most recently, they won the title of "Most Popular Asian Artist" at the Mandarin Music Honors (MMH) hosted by China's CCTV and MTV on October 19.