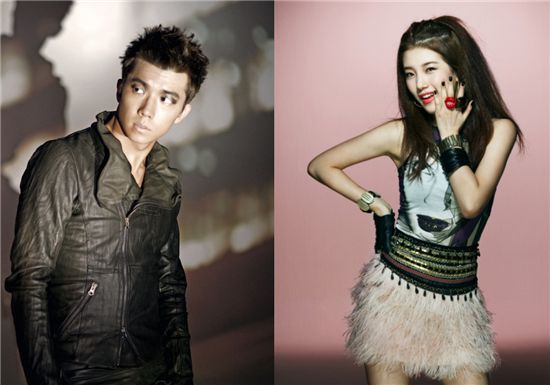 The show's promoter announced Thursday that Wooyoung has been cast for the role of Kevin, a skilled dancer from overseas, while Suzy will be playing the role of Ko Hye-mi, the prettiest girl at a performing arts school who dreams of becoming the next Sumi Jo (famed female soprano).

"I have always had a strong interest in acting and hopefully I will be able to do a good job in portraying Kevin", Wooyoung was quoted as saying, while Suzy mentioned how she could not believe that she got the role and is very nervous and excited.

Earlier this week, it was revealed that Korean actor Kim Soo-hyun and another 2PM member Ok Taecyeon were cast as the male leads for "Dream High", taking on the role of Sam-dong and Jin-kook, respectively.

"Dream High", a 16-part mini-series, is about the dreams of students who attend a performing arts school with the storyline set to be relayed through song and dance.

It will air on Monday and Tuesday nights starting January next year and Hallyu star Bae Yong-joon and Park Jin-young will help in the production and musical arrangements for the show.

Wooyoung, 23, made his debut in the six-member boy band 2PM who recently have been promoting their title track "I'll Be Back" from mini-album "Still 2:00PM". He has also branched out into various facets of the entertainment industry, appearing on several variety shows as well as hosting them.

Suzy, 17, is the youngest member of the four-member girl group miss A. The girls made a huge splash into the local music scene with their debut single "Bad Girl Good Girl" released in early July this year and followed it up with their latest song "Breathe".