3 points to watch out for "Lucky Romance" 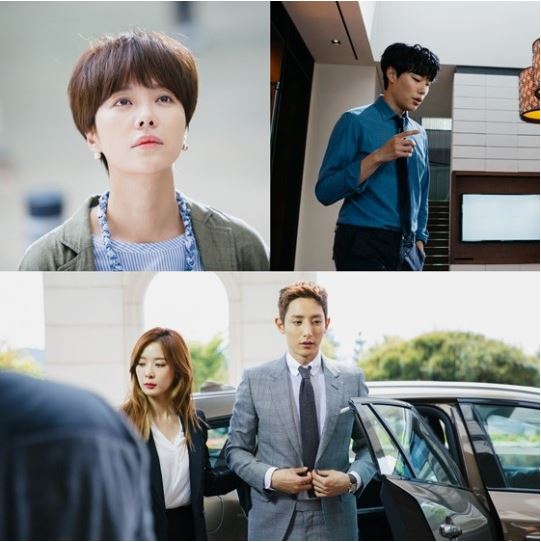 The new MBC drama "Lucky Romance" released three points to watch out for. "Lucky Romance" is proud to say that it sets itself apart from other romantic comedies with a different story, direction and performance by the cast.

The third point to watch out for is Hwang Jung-eum's performance. She takes on the role of Bonnie Sim, a positive and cheerful character who falls for superstition. In the still cut of her, she's looking at the sky with a sad expression on her face.

The second point to look out for is Ryu Jun-yeol. He is a genius and CEO of JeJe Company named Je Soo-ho. He is straight to the point and sharp but he holds a trauma in his mind.

The last points to look out for are Lee Chung-ah and Lee Soo-hyuk in the roles of Han Seol-hee, the owner of a sports agency and worldwide famous tennis star Gary Choi. When these to return to Korea, the four people get tangled up with each other.

Meanwhile, "Lucky Romance" is based on a popular web-toon about a woman who is into superstition and a man who is into science. The casts are Hwang Jung-eum, Ryu Jun-yeol, Lee Chung-ah, Lee Soo-hyuk, Na Young-hee, Ki Joo-bong, Jung Sang-hoon, Kim Sang-ho, Kwon Hyuk-soo, Lee Cho-hee, Jin Hyeok and more.

"3 points to watch out for "Lucky Romance""
by HanCinema is licensed under a Creative Commons Attribution-Share Alike 3.0 Unported License.
Based on a work from this source