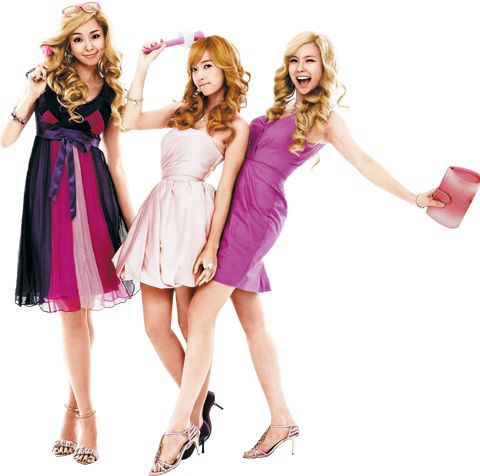 The starring role of Elle Woods in the musical "Legally Blonde" will be shared among three stars -- 2006 Miss Korea Lee Honey, Jessica of girl group Girls' Generation, and actress Kim Ji-woo. The Korean version of the musical opens on Nov. 14.

What do they bring to the part? This is Lee's second musical after "Polaroid", and she is probably the closest to the character of Elle Woods in that she was the winner of a beauty pageant and is a graduate of the nation's top university, Seoul National University, with a degree in Korean traditional music.

"It's a musical with modern music and dance full of elements that will appeal to female audiences", she says. "Just like Elle is fighting against the stereotypes of blonde beauties, I want to break the stereotypes of Miss Koreas".

Jessica is making her musical theater debut with "Legally Blonde". "It's physically tough as I'm quite busy with other things going on in addition to this musical. But it was one of my dreams to be part of a musical production, and I love the role, so I'm really happy to take part", she says. "I need to improve my acting, but I consider being part of a girl group a kind of acting. I'm similar to Elle in the fact that I never give up once I'm determined to do something. But I'm different from her because I'm more of a quiet, introverted person".

Kim is the most experienced of the three as she has appeared in other musicals including "Singles" and "Singing in the Rain". Kim says she is particularly attracted to "Legally Blonde" because "it is rare to find a musical that is led by one woman character". "Lee is sexy yet cute, and Jessica is cute yet sexy". She evaluates herself as "similar to Elle because she is outgoing and strives for change". "As I've spent some years doing musicals, I think I can now feel more relaxed being on stage".
____________________
From left, Lee Honey, Jessica and Kim Ji-woo