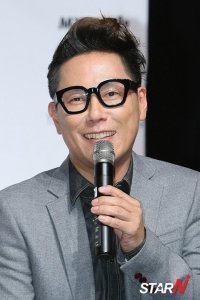 A concert has a double meaning for music fans _ both live music and an extravagant entertainment show.

However, some artists are returning to the basics in music by making good sounds for the audience, rather than visual entertainment shows.

The project concert titled "Audiologie", a new concept combining "audio", and "ideologie" featuring four musicians in a relay is designed to produce excellent music through the high-profile artists' performances throughout September and October.

The concert will run at the Theater Yong in the National Museum of Korea in Seoul for 16 days in relay. The concert is the first pop concert to be held by the theater since it opened in 2005.

Visitors will be able to indulge themselves in a variety of music genres such as R&B, pop, rock and instrumental sorts under the same theme of acoustic and lyrical sounds by the four musicians.

Undisputed top R&B vocalist Park will cut the starting tape of the four series in the relay concerts on Sept. 14-17.

Park is an acclaimed diva both here and abroad due to her excellent command of powerful high tones.

In the upcoming concert, Park will give her hit numbers which are arranged in new styles that have never been played in other concerts.

Kim, wildly popular for his creativity in jazz and instrumental performances, will conduct his first solo concert on Sept. 21-24 as the second contestant.

This stage will quench the thirst of his fans that have been waiting for his live concerts which have not been conducted since 2002.

The 800-seat stage, which will have only the piano, will be filled with spectators for the genuine acoustic piano sounds.

Yoon, better known as a glib talker as radio program host and who also appears on various TV entertainment shows, will capture his fans with his songs at the concert on Oct. 12 to 15.

His songs feature beautiful lyrics or vivid portrayals of unusual subjects with familiar melodies that easily appeal to the public.

His fans will also be able to gain access to his live songs and have witty talks with him.

Yoon debuted as a guest singer of 015B, a project group in 1990, and gained popularity over his lyrical songs and talents as entertainer in radio programs and other TV shows.

Jaurim, four-member pop and rock band, will perform on the finale stage on Oct 19-22.

Jaurim, which means the forest of purple rain, will present its hit songs newly arranged for the concert and its new songs.

The concert will be the band's first one conducted in the live hall of the theater.

Its lead singer Kim Yoon-ah will lure its fans with her strong voices and its delightful energy.